MBARI President and CEO Marcia McNutt to be nominated as Director of U.S. Geological Survey 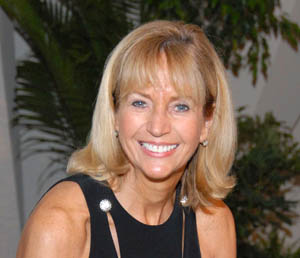 Marcia McNutt has been President and CEO of MBARI since 1997.

McNutt has served as President and CEO of MBARI since 1997. She has overseen the Institute’s growth from about 100 to 200 employees, and the expansion of its deep-sea research to include a broad swath of the Northeastern Pacific Ocean, from the Gulf of California to Vancouver Island.

“It is a distinct honor to be asked by the President to serve his administration, especially given the high caliber of science appointments already made,” McNutt said. “Scientific information from the US Geological Survey is crucial to solving the most important problems facing society—finding sufficient supplies of fresh water and clean energy and providing accurate information that allows citizens to prepare intelligently for climate change. I look forward to leading such a respected institution at this critical time.”