MBARI dances to another beat 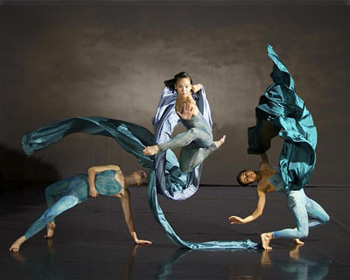 It’s hard to imagine two fields of endeavor that have less in common than ocean research and contemporary dance. But an unusual melding of the two in the Monterey Bay area are addressing a grave concern: The ocean’s health.

This weekend audiences in Monterey County will be treated to the premiere performance of a program bringing the two fields together, the result of a collaboration between the Monterey Bay Aquarium Research Institute (MBARI) and SpectorDance. The moving piece, Ocean, is the brainchild of choreographer and artistic director Fran Spector Atkins. 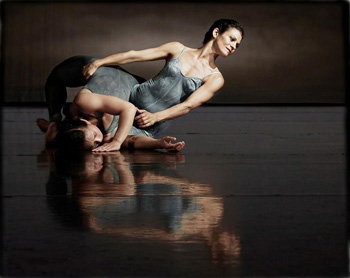 Spector Atkins spent nearly two years educating herself on current ocean research that she wanted to weave into a new dance media project. This journey led her to interview people committed to understanding human impacts on the sea. First among these experts was MBARI’s marine chemist Peter Brewer. Other ocean experts from MBARI and around Monterey Bay, as well as Sylvia Earle, gave Spector Atkins valuable insight on exactly how the ocean is changing.

Spector Atkins worked closely on the project with Kyra Schlining, an MBARI biologist. Schlining served on SpectorDance’s board, and Schlining and her two daughters also take ballet classes at the studio. Schlining’s husband, Brian, works the lighting for current studio performances.

When Spector Atkins asked to use MBARI’s dramatic visuals and still images for inspiration, a unique collaboration in ocean outreach was born. She wanted to create a performance that focused around maintaining a healthy ocean. The David and Lucile Packard Foundation, which promotes ocean conservation, is MBARI’s main funding source. Collaborating with SpectorDance meant that the Packard Foundation’s message could be expressed in a significantly different medium.

Known for blending visual media and spoken word with her dance pieces, Spector Atkins is giving her Ocean audience something tangible to visualize. She incorporates themes of marine biodiversity, ocean acidification, species extinction, and human impacts on the ocean. Along with a backdrop of MBARI imagery, the performances combine clips from the interviews and an original music score composed by Colin Farish. The dancers, in skin-tight ocean colors, sway and leap in lifelike interpretations of ocean activity. Mesmerizing music characterizes the wonder of ocean life or becomes dissonant to reflect weighty ocean issues. 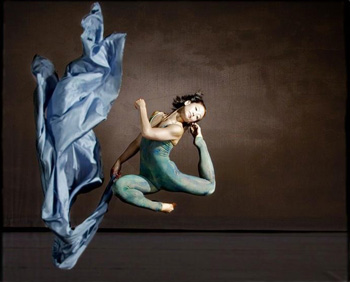 “Dance is beautiful and moving, but it can also make a statement,” Schlining says. “It’s another way of expressing a heavy environmental message.”

Spector Atkins began developing the program with seed money from the National Endowment for the Arts. She subsequently won a $20,000 grant from Tom’s of Maine based on public votes for her contributions to the Monterey Bay community. Many local organizations and individuals have also donated to her project. Schlining calls Spector Atkins a “tour-de-force,” who brings commitment and intensity to everything she does, from inspiring youngsters to fundraising.

The Ocean program seeks to couple education with art and science. In explaining MBARI’s “leap of faith” into pairing with the arts, Spector Atkins said, “I believe that there is an entertainment aspect, but there’s also an educational aspect.” In addition to the public performances, SpectorDance will provide middle-school students the opportunity to watch a performance, then discuss their interpretations through writing. 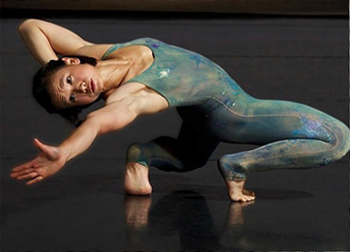 At each of the initial public performances of Ocean, MBARI researchers James Barry or George Matsumoto will speak about their ocean research and how it connects to themes in the piece. MBARI and several other marine institutions will also have informational booths at the dance center.

Following each performance, attendees will have a unique opportunity to dialogue with scientists and artists. Audience feedback on the emotional impact of Ocean is crucial to Spector Atkins. She wants the audience to join in her journey of “becoming aware of the facts that science gives us.” From this awareness, individuals can make informed choices, she says, and then collectively a community can change its behavior. She hopes Ocean continues to make an impact for the next three to five years.

When a world-renowned science institution, known for its deep-sea imagery, joins forces with an interpretive dance company, a sublime message grabs the spotlight.“Dance has a different effect on the senses; instead of just the eyes and ears, it hits the heart.” Schlining says.

During November, 2011, Ocean will be performed three times at the SpectorDance studio at 3343 Paul Davis Drive in Marina, California. Each program will include an introductory talk by an MBARI researcher, a short performance by student dancers, and a full 40-minute performance of Ocean by professional dancers.