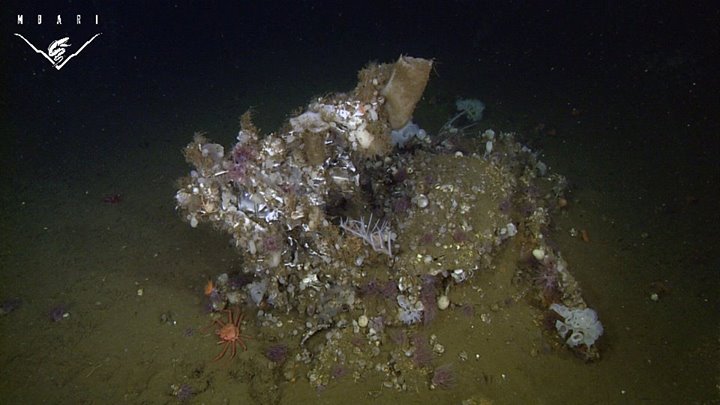 A large mound of sponges, anemones, and tunicates provides habitat for mobile animals like crabs and shrimp.

Using maps produced by the AUV, MBARI researchers on the Western Flyer have identified hundreds of hard surfaces on the seafloor south of Santa Cruz Island. With the ROV Doc Ricketts, researchers can visually confirm and identify these objects, many of them man-made. In only two ROV dives, they observed hundreds of mounds covered in marine invertebrates. These mounds likely formed when sea animals settled on the objects on the seafloor. Researchers are interested in exploring these areas to take stock of the habitat as it exists today. These animals are not especially suited to live on man-made debris; rather, they opportunistically take advantage of the hard substrate provided by the object.