Fathom Antarctica: Drawing inspiration
under the ice as scientist and artist 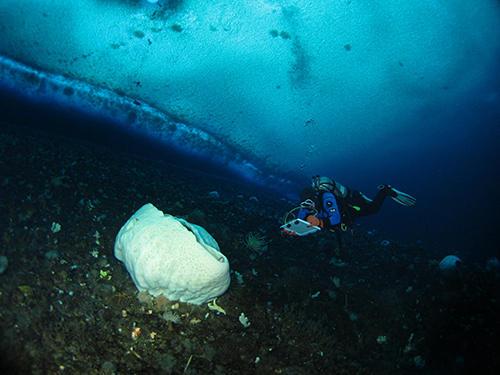 Art can help transform how we communicate science. Kirsten is a visual science communicator exploring the ways we can inform diverse audiences about ocean-themed subjects using science and art. Last fall, she visited the Ross Sea in Antarctica as a grantee of the National Science Foundation Antarctic Artist and Writers Program (Under The Ice). She interviewed scientists doing marine research and dove under the sea ice to explore the undersea habitats firsthand. She will share details about what she drew, filmed, and photographed underwater and describe the technology and tools she used, the challenges she faced, and the projects that are in development.