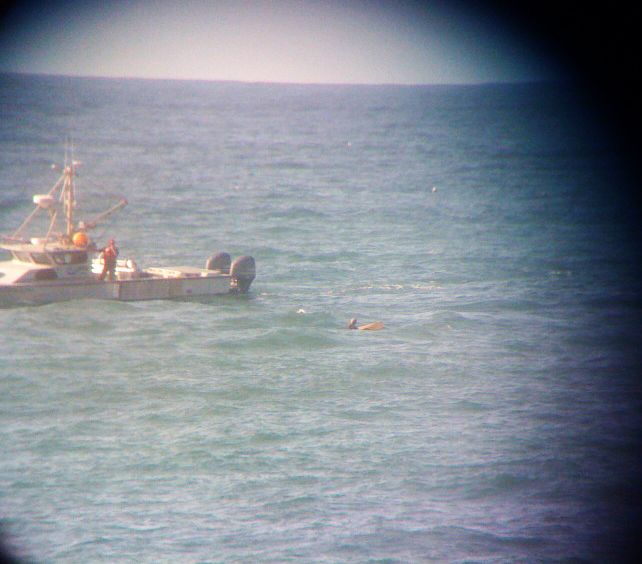 The R/V Paragon is seen approaching the victim in the water. The photo was taken through binoculars in MBARI’s Pacific Forum meeting room.

MBARI engineers Brian Kieft and Thomas Hoover were two miles offshore on the R/V Paragon launching a long-range autonomous underwater vehicle when they received an emergency call from the Coast Guard Thursday afternoon.  A kayaker had fallen out of his boat, and since his boat was flooded and awash, time was of the essence. As the R/VParagon established contact with the kayaker, a Coast Guard helicopter arrived overhead, prepared to descend a rescuer in the water. Quick action by Brian and Thomas brought both the shivering kayaker and his kayak aboard and back safely to the harbor.