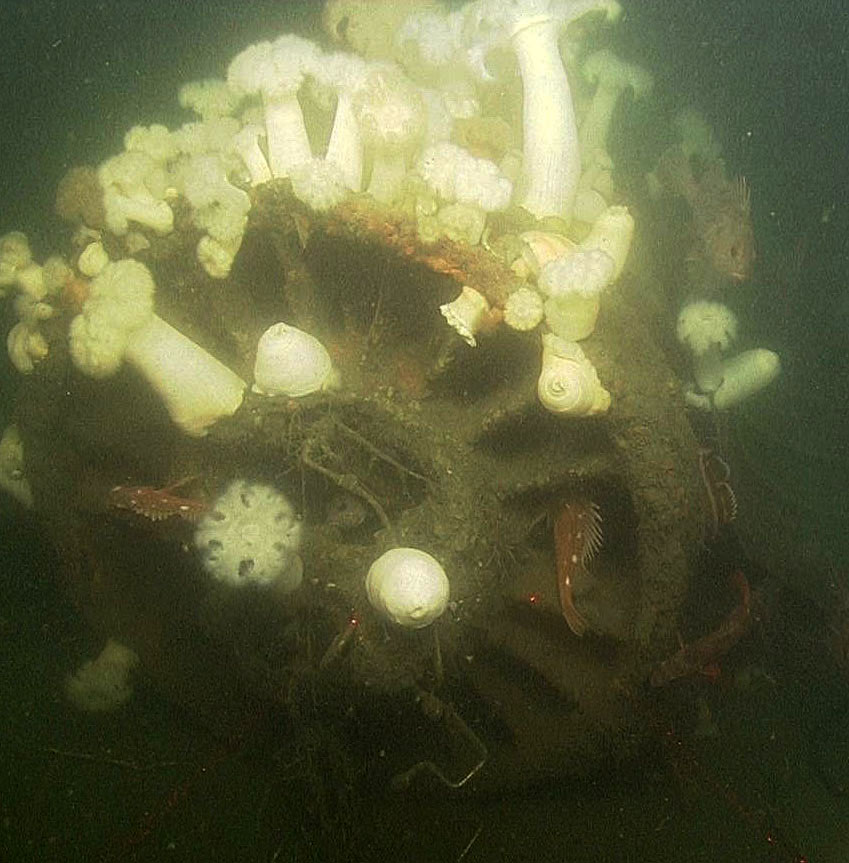 MBARI researchers aboard the R/V Rachel Carson discovered an apparently old, large jet engine in Monterey Bay while conducting a seafloor survey 17 miles from Moss Landing, California. During the survey, remotely operated vehicle (ROV) pilot Mike Burczynski observed a large sonar signal. He maneuvered the ROV toward the signal’s location to take a closer look and found an aircraft engine about 20 meters away. At 90 meters below the surface of the ocean, the engine was covered with white-plumed anemones (Metridium farcimen). Scientist Kurt Buck took many still images using the ROV’s camera to help later identify where the engine came from.

Chris Grech, former deputy director of marine operations at MBARI, has sent images of the engine to four different organizations—the National Naval Aviation Museum, NOAA’s Marine Archaeology department, the Moffet Field Historic Society, and the Smithsonian National Air and Space Museum—to help identify the engine. So far, one source has confirmed it is an axial-flow turbojet engine, however, the vintage is yet unknown. Grech is aware of more than five aircraft that have gone missing in Monterey Bay. This recent engine discovery might be the answer to uncovering the mystery of one of these aircraft.