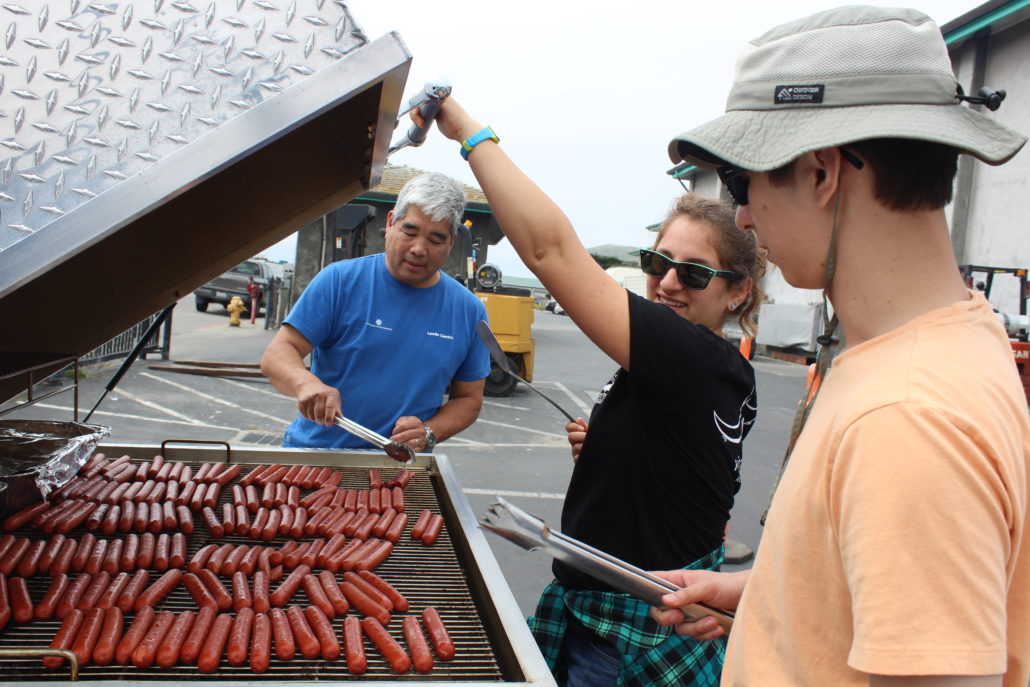 Grill masters George (back), Rachel, and Nathan (front) check on the dogs for the Intern BBQ. Photo: Emma Bueren © MBARI 2017

For once, the interns weren’t first in line for the weekly BBQ at MBARI—if only because they were the ones who were hosting. Towards the end of the internship each year, the interns give their thanks for the many lunches and treats provided to them by MBARI by putting together a no-holds-barred barbecue.

After plenty of debate over what to serve, the menu was decided:

It began with a four-hour trip to local stores to gather all the ingredients, including the strangely elusive tofu dog. David, Danielle, and Victoria arrived just in time with chocolate-chip reinforcements, much needed by Ellie, Emma, and Ash who were hard at work at making the nearly 250 chocolate chip cookies. They nearly ran out of Tupperware but, luckily, they were able to eat all the cookies that didn’t quite fit. 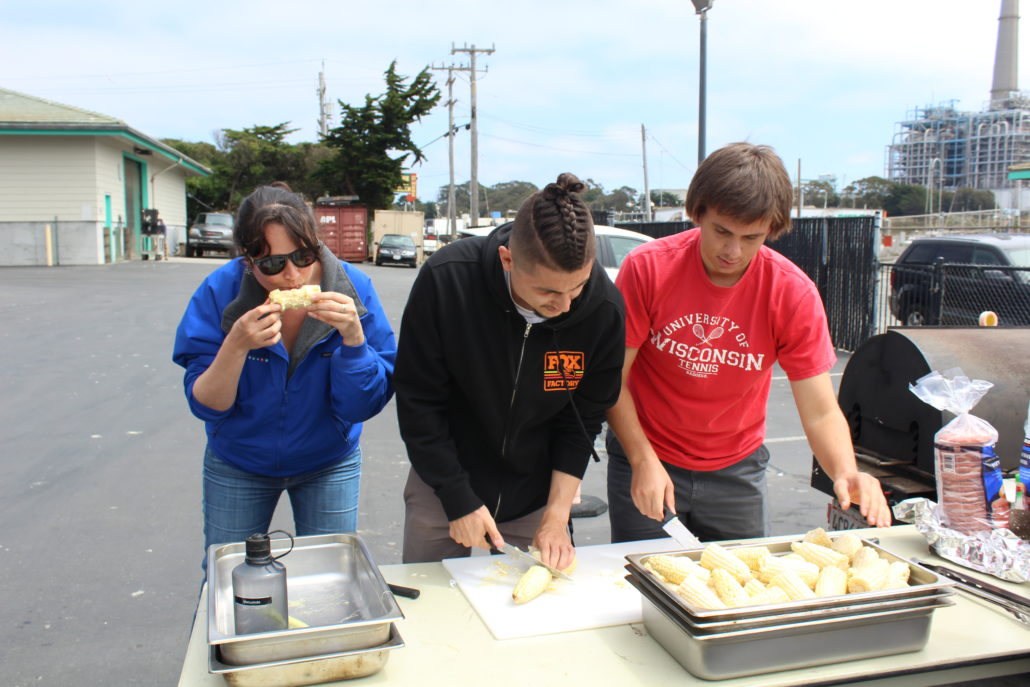 Left to right: Alia takes a bite of corn while Daniel and David hurry to prepare it. Photo: Emma Bueren © MBARI 2017

The day of the BBQ, Rachel and Nathan became our grill masters with helpful assistance from our intern coordinator George. The three grilled everything from the burgers and dogs to peaches and corn. After some slightly panicked shucking of corn, the interns finished just in time to watch the MBARIans begin lining up.

The spread complete, everyone (including the interns) happily descended on the spread, which yielded enough for seconds and lunch the next day. 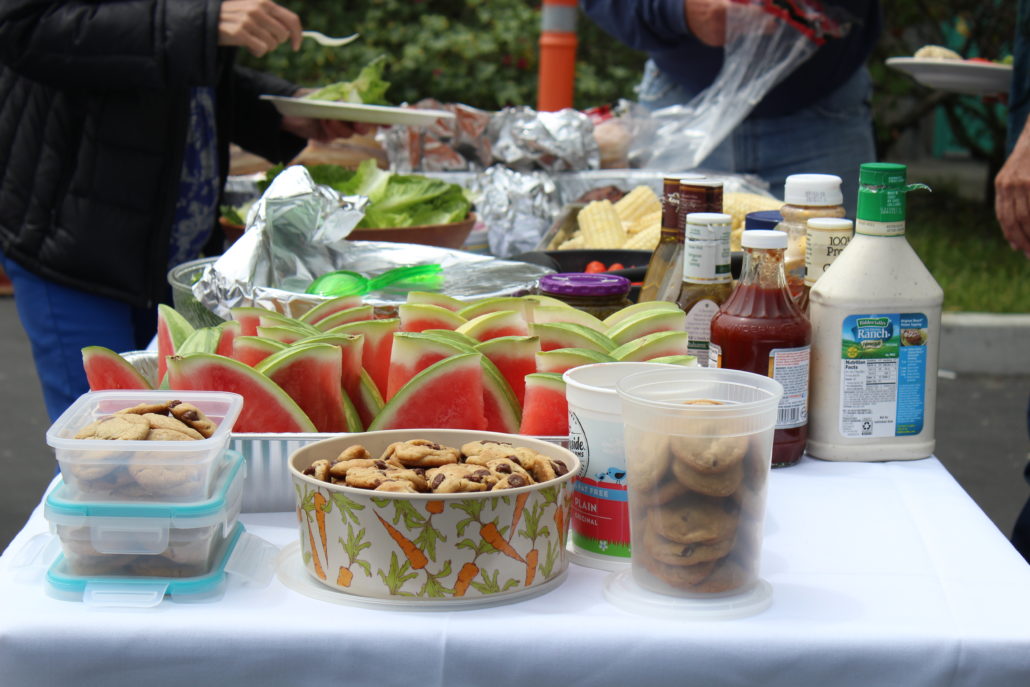 A delicious spread of cookies, watermelon, and more BBQ food than the eye can see. Photo: Emma Bueren © MBARI 2017