Science is an adventure. You expect the unexpected and then something even more unexpected will happen! The pilots are furiously rebuilding some complex machinery on the ROV while at sea. Meanwhile, the scientists are on plan B–a gravity core. This is the “old school” way of taking deep-sea cores. It is basically a giant weight on a cable with a long core tube attached to the bottom of it. When we use the ROV, we use vibracores to take long core samples. Needless to say the drop core is much less precise (no high definition cameras to help strategically place the cores) and may cause heat stroke while working on the back deck of the ship. It brings back samples nonetheless! 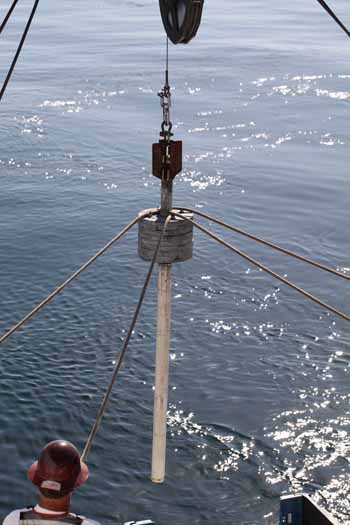 The gravity corer ready to launch. 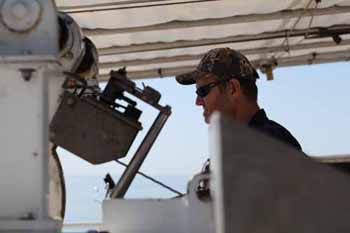 Olin Jordan is operating the A-frame to deploy the gravity corer.

This challenging day gives us an opportunity to introduce you to our ROV pilots. These guys are some of the smartest, most hardworking, inventive, funny guys I know! They can fix anything with some zip ties, o-rings, and fiber-optic tools. Think MacGyver of the sea dealing with complex equipment. 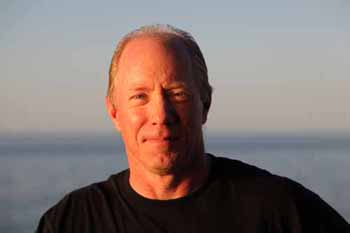 Knute Brekke started on the R/V Point Lobos as an ROV pilot in 1999. He got his start as an ROV pilot and a commercial diver in the oil field industry where he worked for 12 years. He has a degree in geology and became a commercial diver because there were few jobs in geology when he graduated from college so he found work as a scuba diver. He became a pilot because it was more interesting, challenging, and safer than diving. The best thing Knute loves about his job is working with scientists and getting to stop and “smell the roses.” Rather than rushing to the bottom, as in the oil fields, he gets to learn about and appreciate all the beautiful things in the ocean. 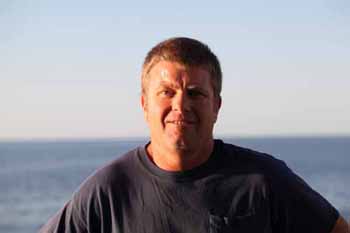 Randy Prickett was a Navy diver before he came to MBARI as a deckhand on the R/V Point Lobos. He then worked as a marine operations technician before being hired as a pilot. Randy’s life is literally a series of happy accidents. Though he never planned to be a pilot, he loves it. 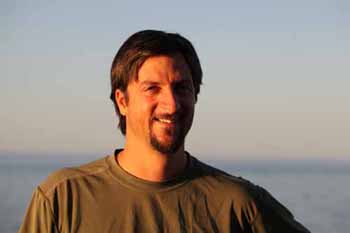 Bryan Schaefer came to us as an ROV pilot after competing in Discovery Channel’s underwater battlebot competitions. That victory led to judging the Marine Advanced Technology Education (MATE) build-your-own ROV competitions. He then applied for a position as ROV pilot at MBARI and got the job! He has a B.S. in electronics and earth sciences. He doesn’t just fly ROVs for fun; he also loves to fly himself (paragliding and skydiving). Bryan loves the interaction between science and electronics. He spent a year in Costa Rica watching parakeets and decided he needed to find a more exciting career. 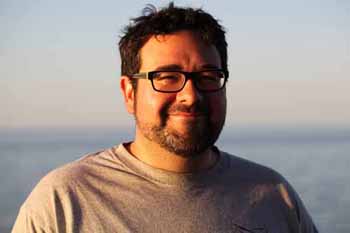 Eric Martin came to us from Bob Ballard’s Institute for Exploration a few years ago. He has a M.S. in ocean engineering from University of Rhode Island. He specializes in underwater acoustics and marine robotics. He got his start in autonomous underwater vehicle (AUV) competitions. He is a chef, loves the outdoors, and is a junior chess champion. Eric loves the moment of discovery; he loves being the first person ever to see something.

Bob Waters from Woods Hole Oceanographic Institute (WHOI) is also sailing with us. He is anAlvin and a Jason II pilot. He found his first job as an Alvin pilot from an advertisement in a magazine. He didn’t hear back for a year, then out of the blue, WHOI called him to start the following week! He has a background in electronics. When he isn’t working, he scuba dives and drives a 4×4. Bob is sailing in relief of Mark Talkovic, who is currently off during this leg. Mark has been an integral part of the ROV team for more than decade.

The general consensus among these guys is that they love the adventure and chaos of being at sea. They also love exploration and discovery. The hardest part by far is being far away from their families for extended periods of time. 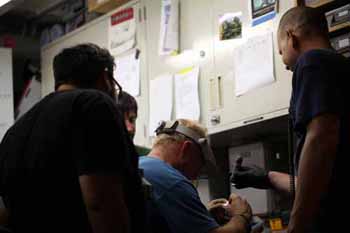 Knute, Eric, Bryan, and Matt Noyes fixing a part for the ROV. 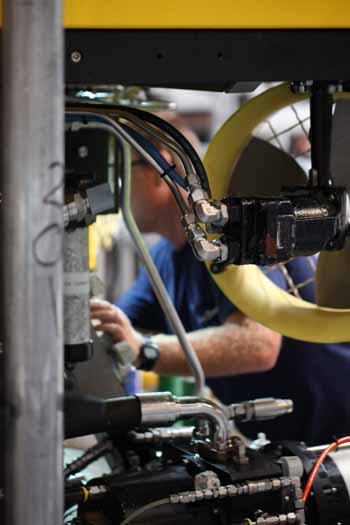 The view into the ROV of Randy working. 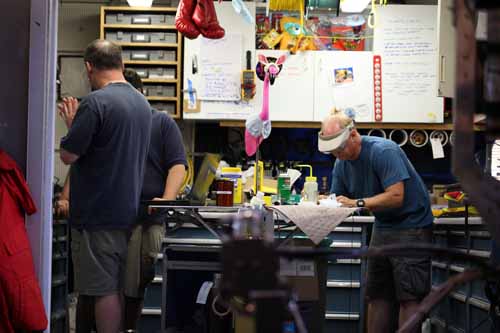 Pinky the Easter bunny watches over the ROV shop while Knute fixes a part for the ROV. 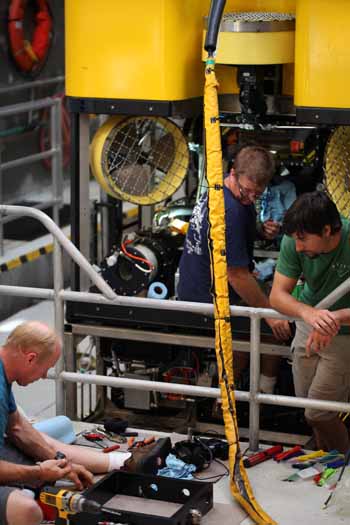