On Saturday, March 10, R/V Zephyr departed from La Paz and began mapping operations in the Sea of Cortez utilizing the autonomous underwater vehicle (AUV) D. Allen B.. The maps being created by the AUV are already facilitating the research being conducted from the R/V Western Flyer. Data gathered with the mapping AUV produces maps with details as small as one meter (3.3 feet) across. Previous maps available for this area provided no better resolution than 50 meters (164 feet). 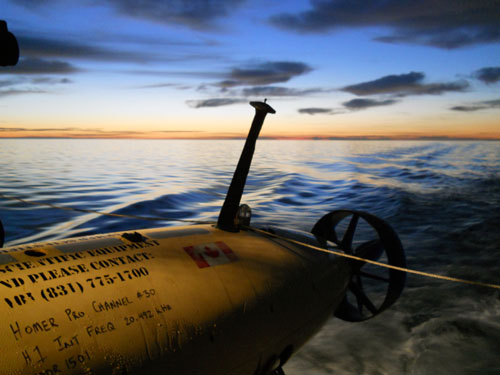 MBARI’s mapping AUV, the on the aft deck of the R/V Zephyr in the Gulf of California. 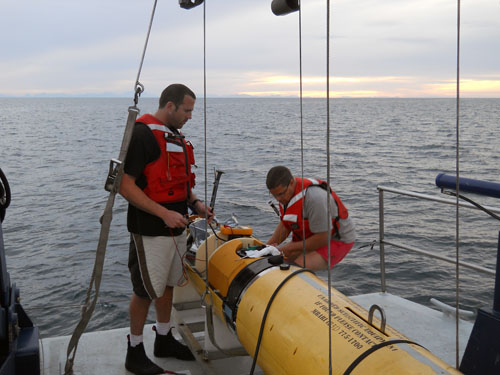 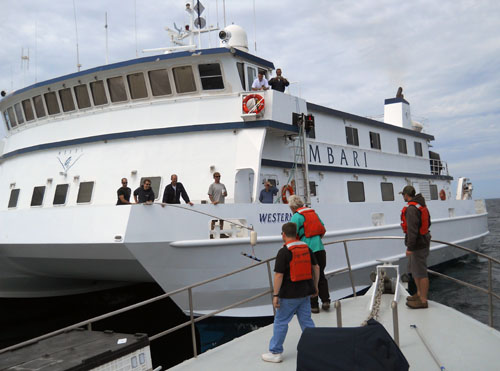 Sharing is caring; the crew of the Western Flyer handed off a spare strobe to the Zephyr’s crew when the two ships met in the Gulf of California. 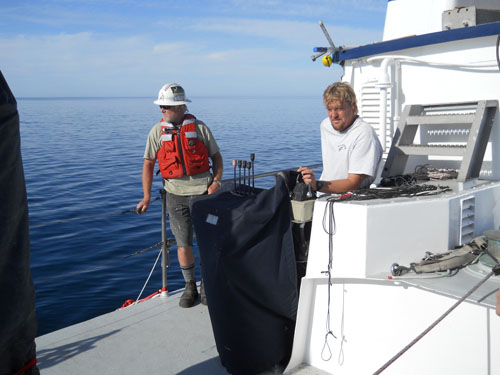 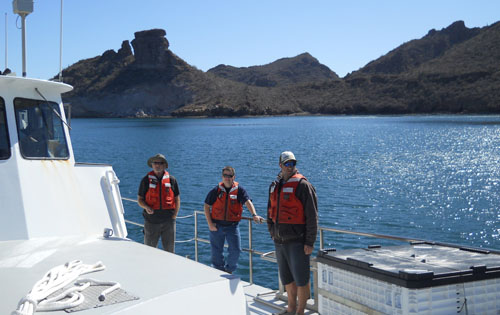 Perry Shoemake, Jim Boedecker, and Paul Ban stand on deck as the Zephyr nears port in San Carlos on the mainland of Mexico near Guaymas. 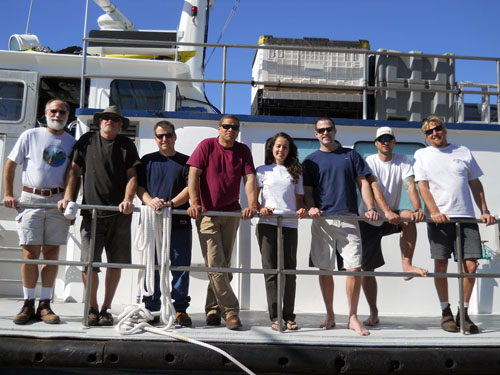