Saturday, April 7, the mapping AUV team and crew of the R/V Zephyr completed the fourth leg of their mission in the Gulf of California. We successfully conducted all four planned surveys on the Alarcon Rise.

Our observer and collaborator Carolina Nieves-Cardoso of the Universidad Autónoma de Baja California assisted in bathymetry editing and searching the maps for possible hydrothermal vent chimneys. 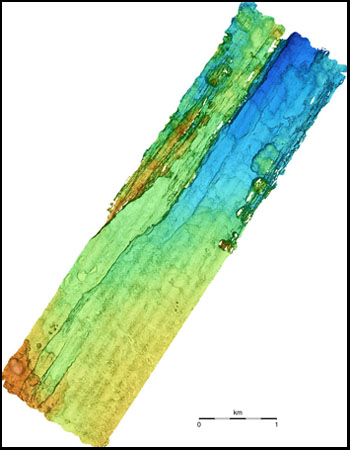 The high-resolution bathymetry map above was generated from one of four AUV surveys of the seafloor at the Alarcon Rise in the Gulf of California. The area shown is approximately 12 square kilometers (4.63 square miles). 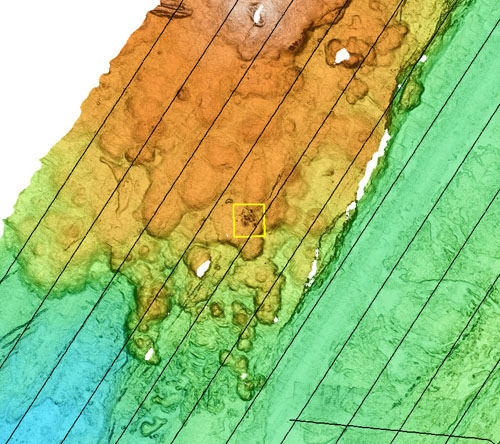 Area of the Alarcon Rise where there is a likely hydrothermal vent field. The black lines running diagonally across the image are the AUV’s navigation tracks. The image below is a close-up of the area framed by the yellow square in the image above. 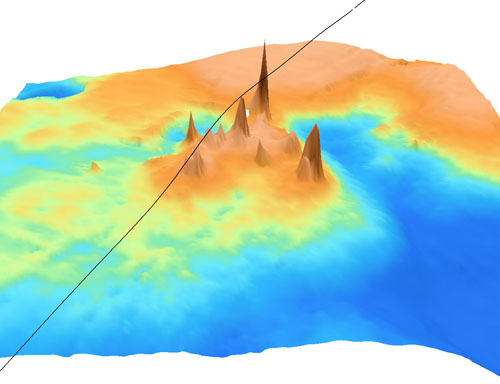 3-D visualization of the AUV’s individual sonar soundings of the same area. This visualization is particularly effective for imaging the hydrothermal chimneys. 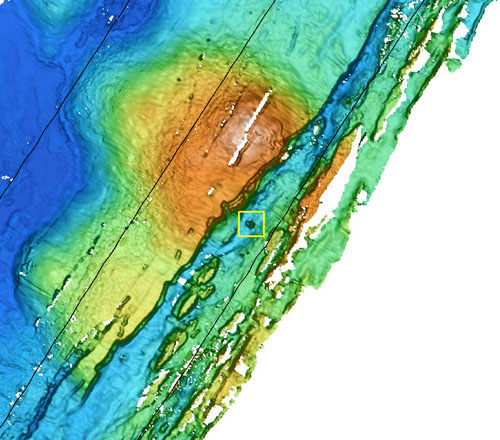 Another section of the Alarcon Rise with probable hydrothermal venting. The area in the yellow square appears to be another chimney. The image below shows this same structure from a different angle. 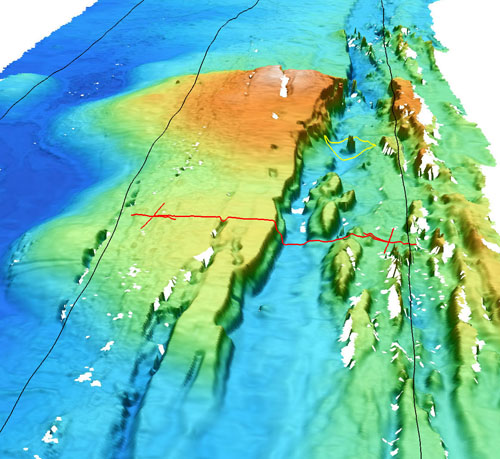 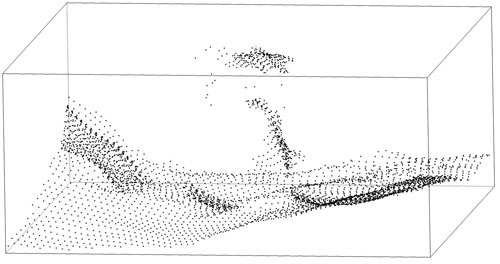 Plot of individual sonar soundings of the chimney in the map above.