Shallow-Water FOCE (sw-FOCE) is a cooperative collaboration between MBARI, the Hopkins Marine Station of Stanford University (HMS), the Monterey Bay Aquarium and the Center for Ocean Solutions.

This is the second in a series of FOCE experiments conducted locally by scientists and engineers from MBARI. The objective of this experiment is to investigate the impact of rising levels of carbon dioxide (and the concomitant decrease in pH) on marine animals. The experimental chamber is partially open to sea-water in order to maintain seawater conditions of salinity, temperature, pressure, oxygen and suspended particle loads as close to the ambient background conditions as possible while varying total CO2 concentrations and pH to approximate conditions anticipated 100-200 years in the future.

Development of the hardware to conduct the experiment is a collaborative project of scientists and engineers working together to produce state-of-the-art experiments to understand the potential future impacts of a changing environment. The concept of the experiment began simply enough but quickly took upon a life of its own as the engineers expanded and improved the early sketches laid-out by the scientists. A “swappable” experimental chamber was built in order to address problems with biological fouling and barnacle growth on the walls of the chamber which would severely limit light levels inside the chamber. Flexible rubber skirts were added to the base of the frame to minimize scouring around the chamber by wave action during winter storms. 16 m lengths of 25 cm (ID) ducting on either end allows for a kinetic delay loop so that the CO2 added to the seawater will be at chemical equilibrium when it enters the experimental chamber. A large volume equilibrator was set-up inside the HMS pump house to provide a supply of CO2 enriched seawater (CO2-ESW) via two 400 m long and 32 mm (ID) reinforced rubber hoses. Power for and communication with the experiment was piggy-backed on the undersea cable powering Hopkins Kelp Forest Array (KFA). The hardware was installed beginning in late 2013 and continued through 2014. Initial construction was completed in June of 2015. 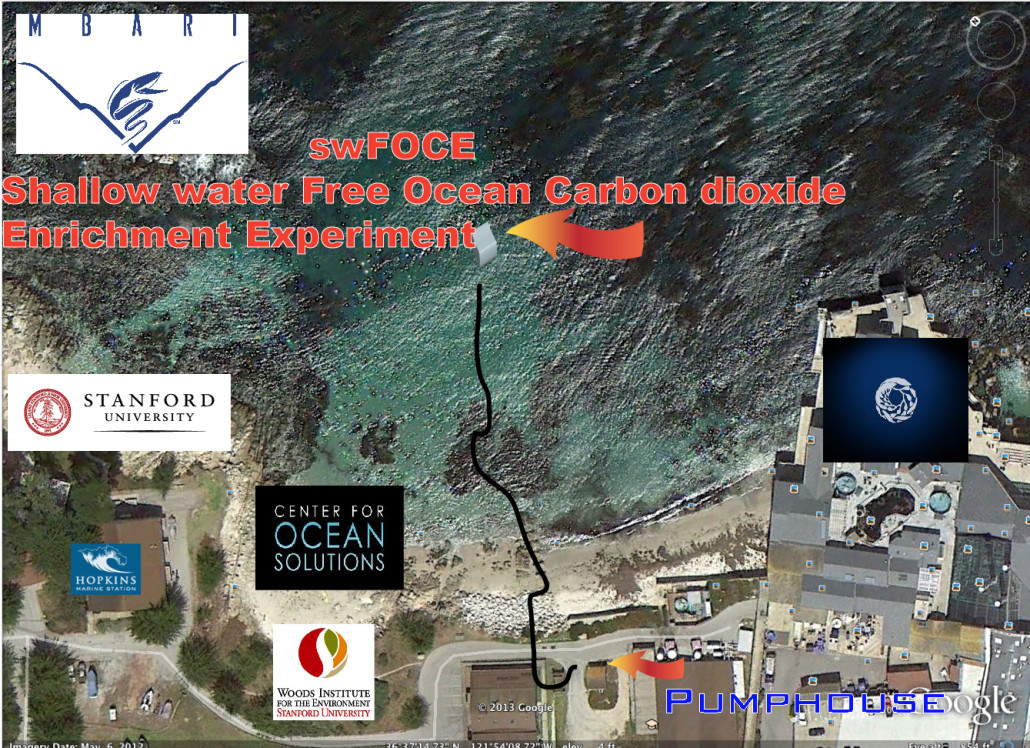 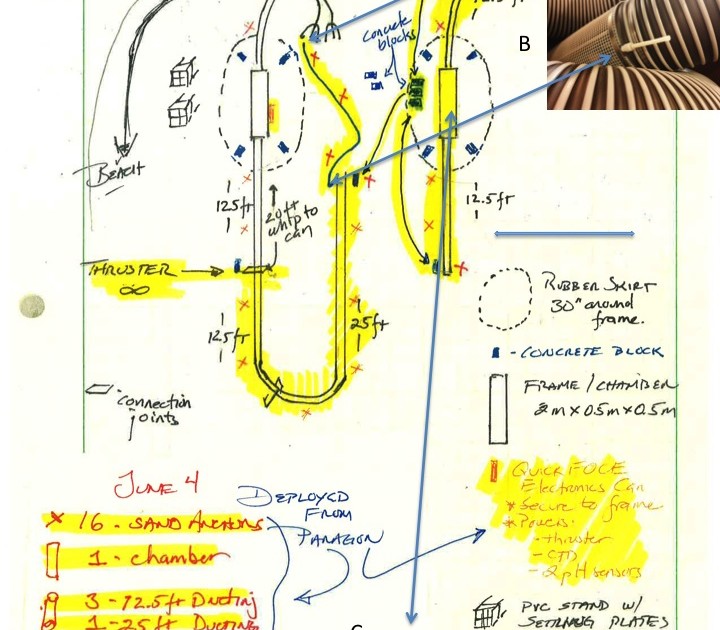