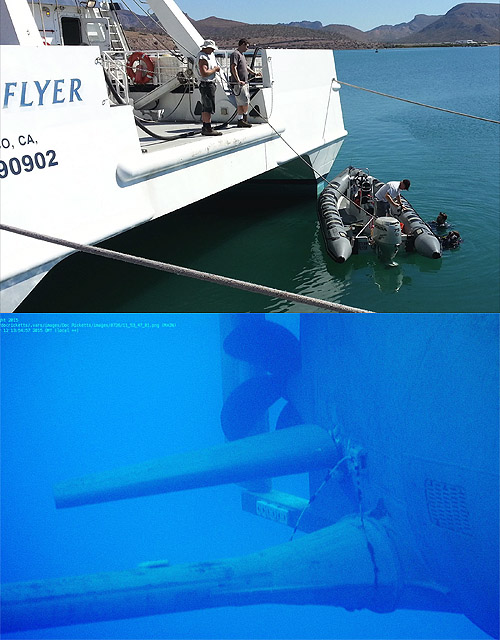 Steve Haddock and Randy Prickett prepare for a SCUBA dive to remove the line from the hull. Bottom:Still image from ROV Doc Ricketts showing a line wrapped around the strut between the Western Flyer’s twin hulls.

On March 17, MBARI’s research vessel Western Flyer returned to the dock in La Paz after a two-week midwater-biology cruise. While the ship was at the dock, researcher Steve Haddock and ROV Pilot Randy Prickett dove underneath the boat to clear a line that had become wrapped around part of the boat. The ROV pilots spotted the offending line during an ROV launch when visibility was particularly good. Earlier in the Gulf of California expedition, MBARI’s mapping AUV became tangled in a fishing line 450 meters (almost 1,500 feet) below the surface.