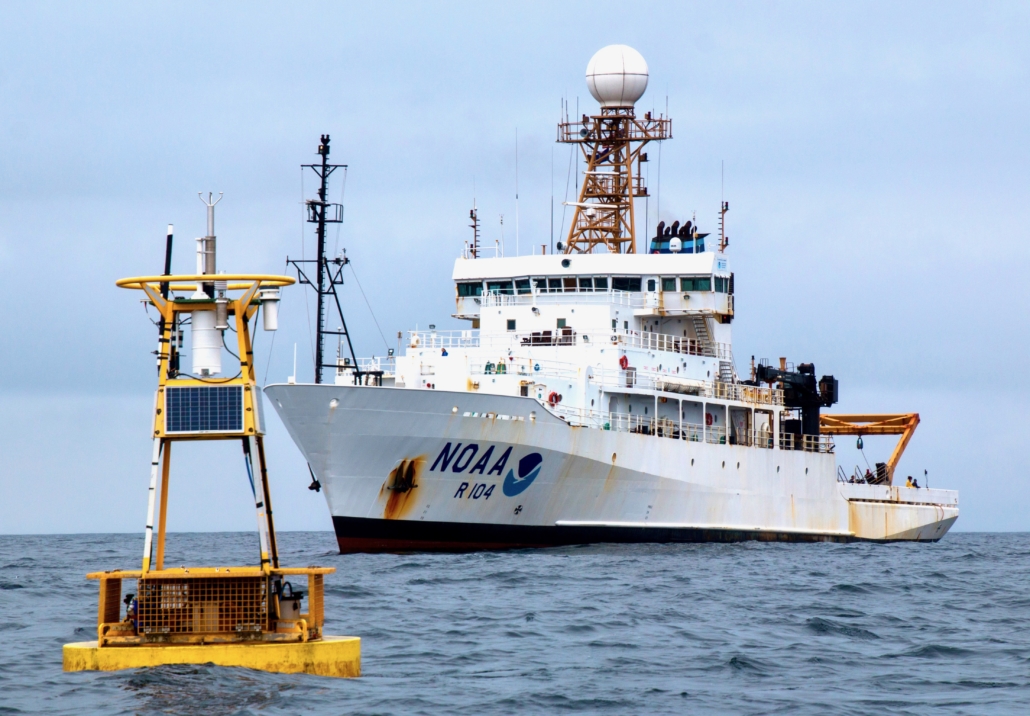 Interactions at the land-sea interface such as coastal upwelling, river discharge, and point source pollution contribute additional complexity to carbon cycling in coastal ecosystems relative to the open ocean. The resulting variability is often large due to the mixing of marine and freshwater masses and the upwelling of deeper waters that haven’t been exposed to the atmosphere for decades. This can cause unintuitive and fluctuating relationships between carbonate system and ocean acidification parameters.

Another complication can arise from the addition of humic acids (i.e., organic alkalinity) in terrestrial runoff that can alter the fractional contributions of nutrient, borate, and carbonate alkalinity to the total alkalinity. As a result, using measured total alkalinity values to compute ocean acidification relevant parameters, such as aragonite saturation state, with commonly applied carbonate-system computational packages that don’t account for organic alkalinity can result in important regional biases. These are two areas of coastal carbon-cycle research that our group is investigating along the U.S. West Coast.

If you are working on a project related to seawater chemistry in the coastal zone, consider submitting your publication to the following Frontiers in Marine Science Special Issue: Spatial and Temporal Variability of Seawater Chemistry in Coastal Ecosystems in the Context of Global Change by February 1, 2019. Observational and modeling studies welcome! 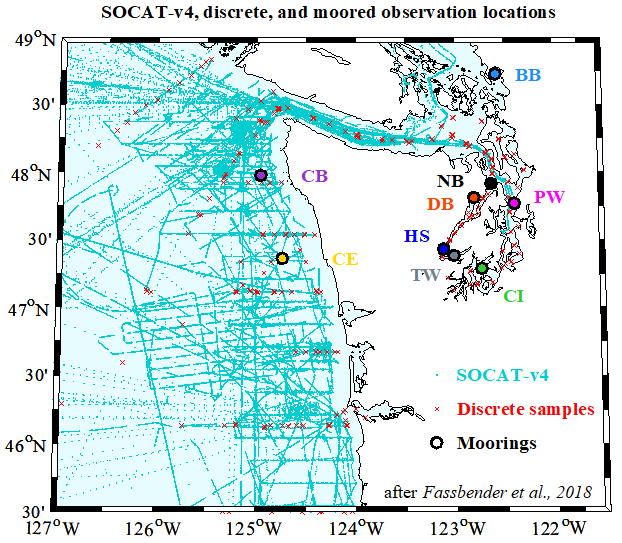 Locations of coastal carbon and other environmental observations from underway ships, discrete sample stations, and moored surface buoys off the coast of the US Pacific Northwest. To learn more, see Fassbender et al., 2018.