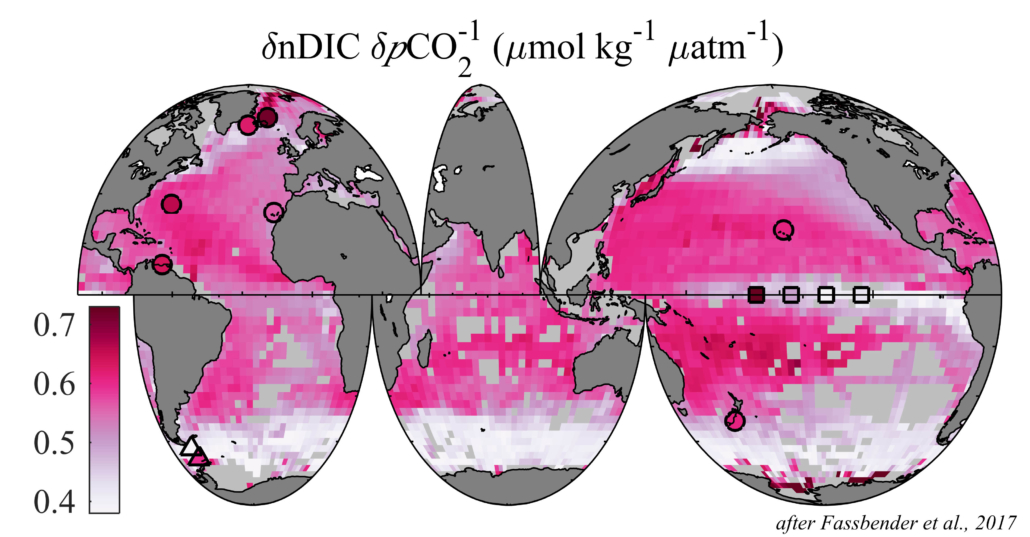 The ocean is a large reservoir of carbon and heat, storing about 25 percent of the human-caused carbon released to the atmosphere since 1750 (Le Quéré et al., 2018) and about 90 percent of the associated global warming. Scientists work to quantify just how much carbon is entering the ocean each year because (1) the efficiency of ocean carbon uptake is expected to decline as a result of the associated chemical changes to seawater and (2) many ocean carbon cycle processes are not yet fully understood or adequately quantified (e.g., the biological pump).

While these chemical impacts (i.e., ocean acidification) and feedback mechanisms (Passow and Carlson, 2012) have long been recognized, we are only beginning to understand the more nuanced interactions between natural and anthropogenic carbon pools in the ocean. Our group is collaborating with scientists at other institutions to study marine carbon-cycle sensitivities and feedbacks using a combination of observational and model data.