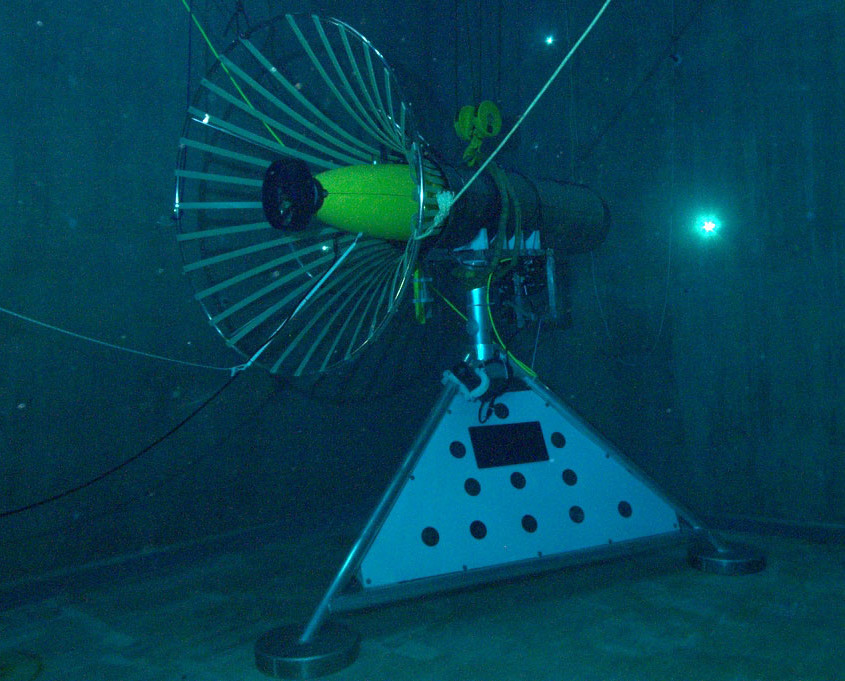 Autonomous Underwater Vehicle (AUV) mission durations can be extended by recharging their batteries while at sea using an AUV Docking Station. MBARI has designed and built two experimental docking stations for their Dorado and Long Range AUVs, though only the Dorado docking station has been tested at sea (Figure 2). 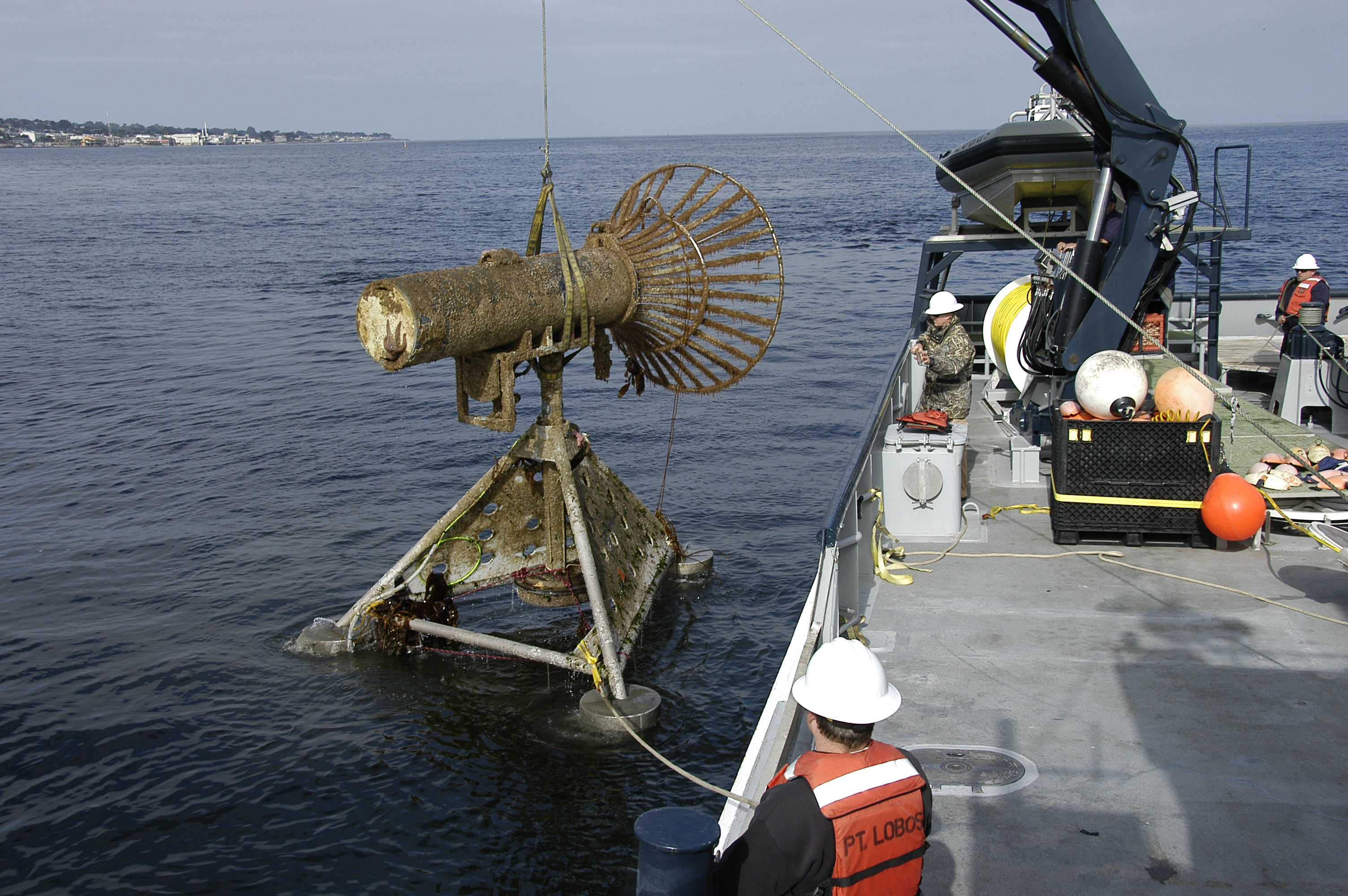 An AUV docking station provides a secure place to park an AUV between missions and usually provides power to recharge batteries and a gateway for communications to shore. While many different mechanical designs have been suggested, most employ a tapering cone to align an in-coming AUV into a capture tube and some way to lock the AUV into the dock. MBARI added an inductive power transfer and wireless data telemetry and is described in

[1]. The docking station was designed to plug into the MARS cabled observatory

[2]. The docking station for the LRAUV was designed to be integrated onto a riser cable like that used on MBARI’s Wave-Power system https://www.mbari.org/technology/emerging-current-tools/power/wave-power-buoy/. 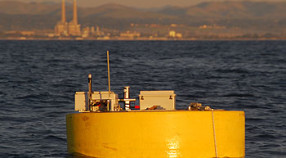 The power buoy has been in development for since 2009, and has been deployed and recovered six times over the past four years. Modifications after each deployment have increased the power buoy’s efficiency and the amount of time it can spend out in the ocean. 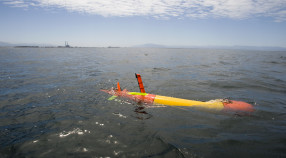 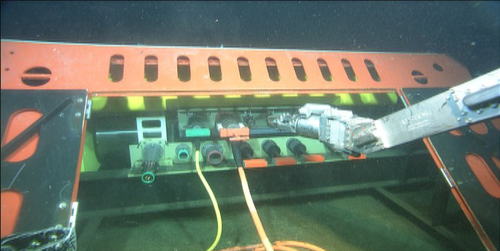 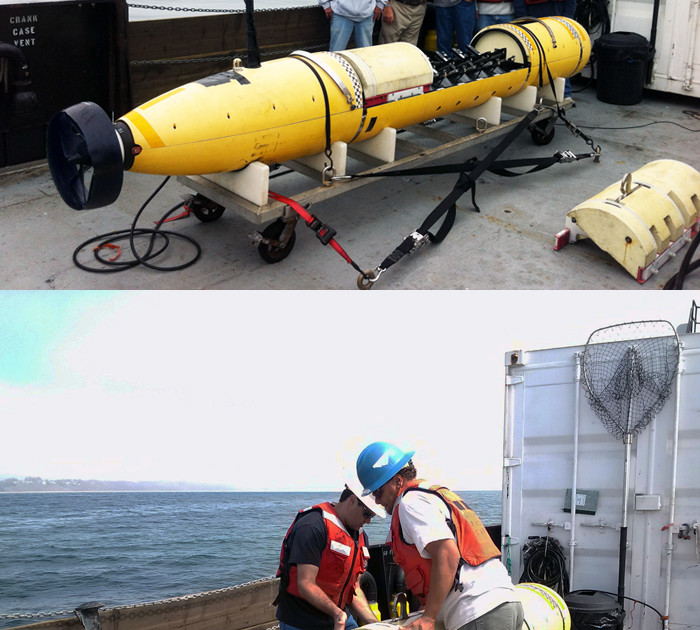