Autonomous underwater vehicle (AUV) persistence at extreme depths (or, what happens when the Department of Defense gives you a hard problem and a big bag of money to solve it) 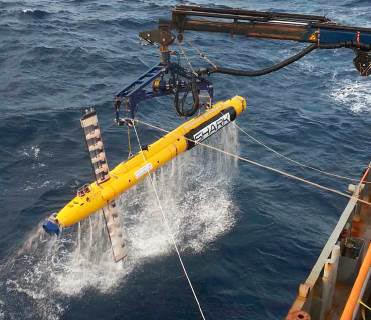 In 2010 a certain U.S. Department of Defense advanced research agency solicited ideas for a mobile system that could monitor very large tracts of oceans for very long times. This talk will follow the evolution of one of the two solutions that were selected, known as SHARK, from its ocean acoustics grounding to its deployment, discussing along the way some unusual buoyancy inversion phenomena, radical vehicle energetics, negative buoyancy deployment, gigantic ceramic housings, variable buoyancy systems, and stuck drop weights.