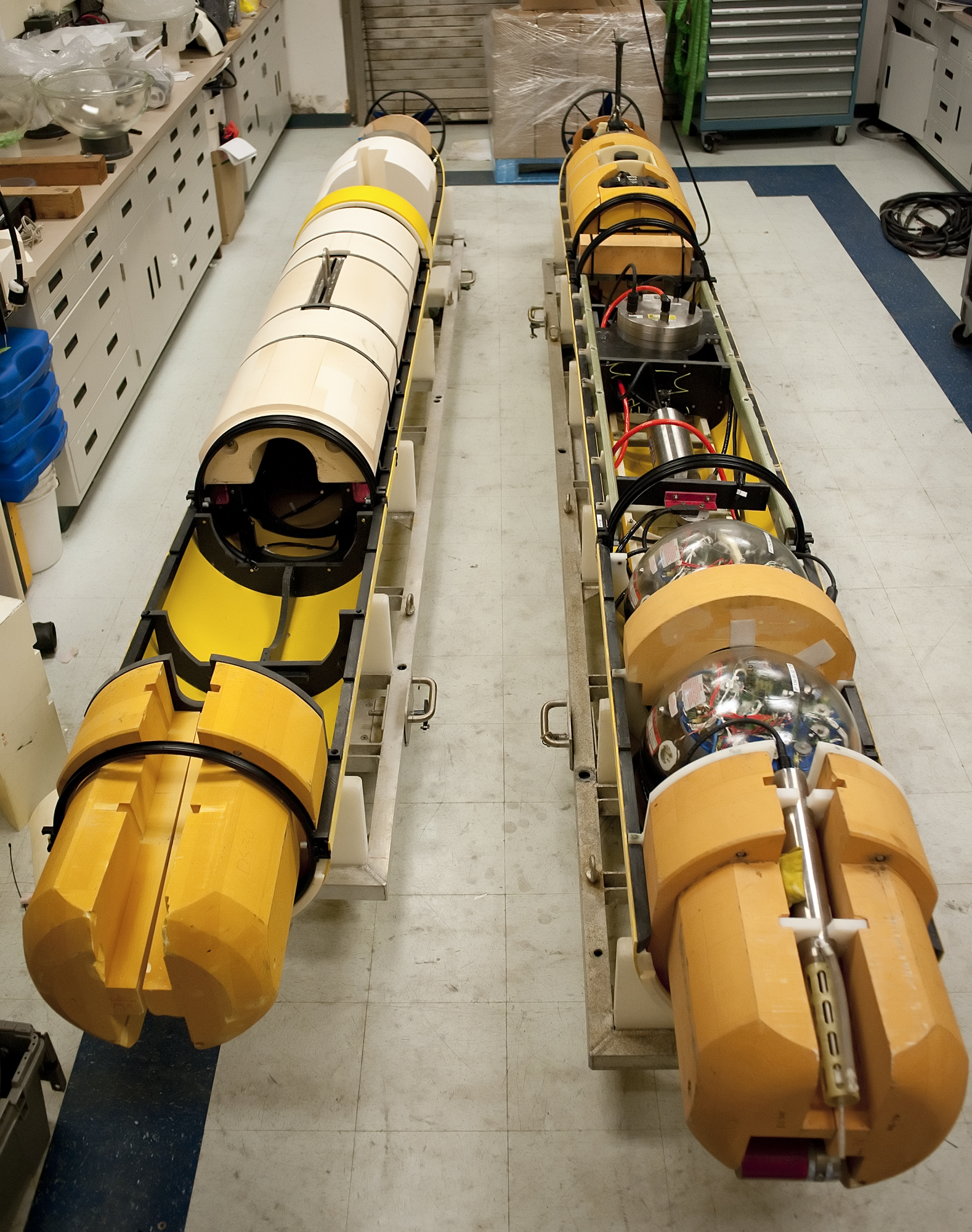 This autonomous system collects high-resolution color images that allow identification of animals to the species level and visual records of significant seafloor features. Using the successful, Dorado-class AUV as its starting point, the imaging AUV (IAUV) is comprised of a high-resolution still camera, two xenon strobe lights, an obstacle-avoidance sonar, an acoustic modem, and a navigation sonar. The IAUV can conduct benthic animal time-series surveys in one-third the amount of time it takes to run them with the remotely operated vehicle (ROV). The IAUV will also be used for exploratory investigations in tandem with the mapping autonomous underwater vehicle.

Typically programmed to fly three meters off the seafloor at one meter per second, the IAUV’s camera fires every 1.8 seconds and produces overlapping images four meters wide that can be merged into one continuous mosaic. The resolution of each image at that altitude is sharp enough to resolve even the tiniest of crab antennae (as shown by the image to the right).

The light from the twin strobes is carefully controlled to evenly illuminate the seafloor beneath the AUV. The high-resolution images and illumination greatly enhance the manual animal identification tasks as well as the accuracy of the computer-based Automated Visual Event Detection System.

Future plans include improving the IAUV’s capacity to collect images over complex seafloor terrain as well as in the midwater, where there is a wealth of animal life. To further expand the IAUV’s breadth of capabilities, the team is exploring new terrain-based navigation techniques, cameras that take pictures from farther away, AUV hovering, and automated data processing.

A more ambitious effort is to begin using the imaging AUV (IAUV) in the midwater to support the Biodiversity Initiative. A set of basic environmental sensors has been requested for the AUV to help answer questions about animal distributions. This increase in the scope of tasks performed by the AUV led to the change in the name of the vehicle from the benthic imaging AUV (past name of the vehicle) to the more generic imaging AUV.

The obstacle avoidance system (OAS) that runs on the IAUV now is effective in detecting and avoiding obstacles in the path of the vehicle. The AUV stops its propeller and drifts up for a preset time, then attempts to fly towards the waypoint again while checking for sonar targets in its path.

The team is focused on developing an annotation database for images similar to MBARI’s video annotation system known as VARS. Google Earth (GE) has proved to be a very powerfully portal to view still images within the context of the geography as well as the rest of MBARI’s remotely operated vehicle and AUV data. 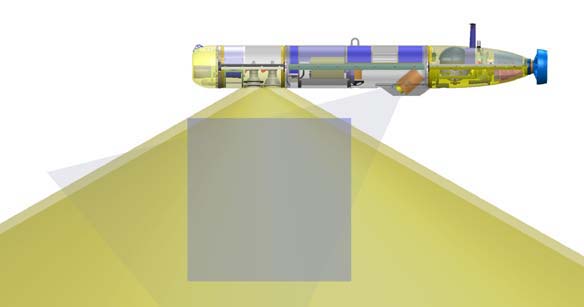