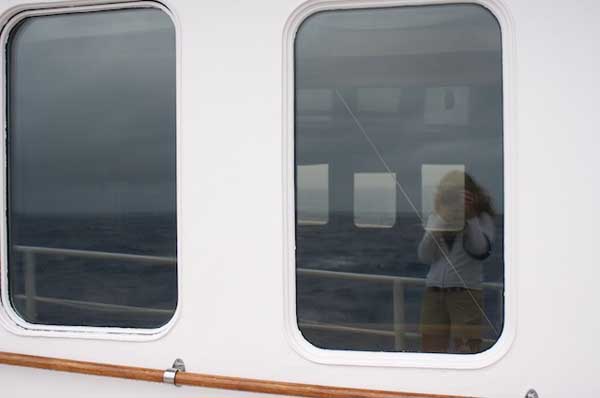 It’s difficult to capture the rolling swells and winds in a photograph, but I have been trying. We’ve had numerous rain squalls today and the winds have increased to 20 knots. The port side windows in this image created a reflection of my efforts and also a view to the starboard side of the ship. 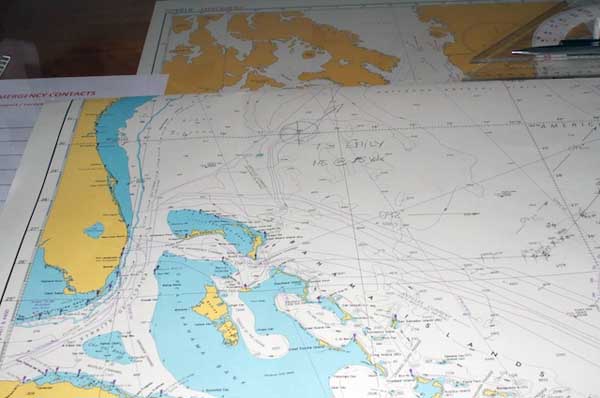 Paper charts are still used for navigation and record-keeping on Lone Ranger in addition to an array of sophisticated computers and electronic instruments. Notes about the ship’s position and important weather events, such as Tropical Storm Emily, are written directly on the chart in pencil. 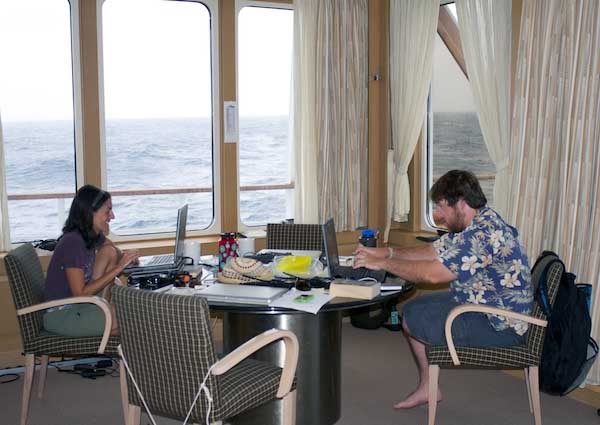 Alana Sherman and Jake Ellena work on their computers. We are waiting for weather conditions to improve and for official approval to conduct sampling at our final station that is located about 85 kilometers southeast of Bermuda. This location lies within Bermuda’s Exclusive Economic Zone, a territorial region that extends 370 kilometers (200 nautical miles) from the coastline.