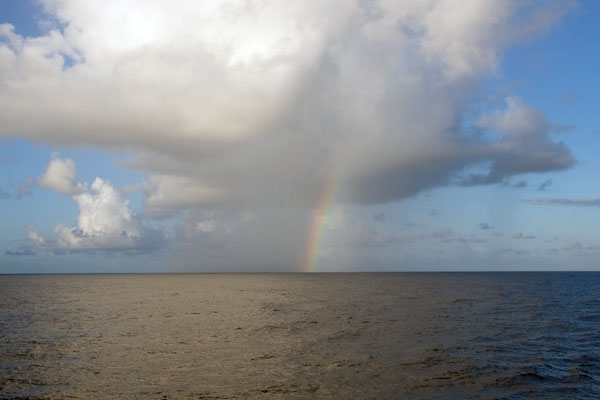 A beautiful rainbow greets Lone Ranger as the sun rises. The science team began the day with a search for Sargassum patches. There were vast areas of empty blue water as the ship surveyed the area around Station #6, but eventually some windrows of the seaweed appeared. 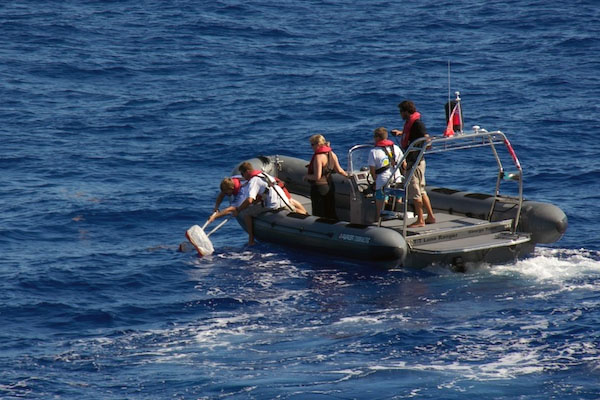 A small boat was launched from Lone Ranger to motor closer to the patches of Sargassum for collection. The researchers scooped the algae with nets and transferred the samples into buckets. 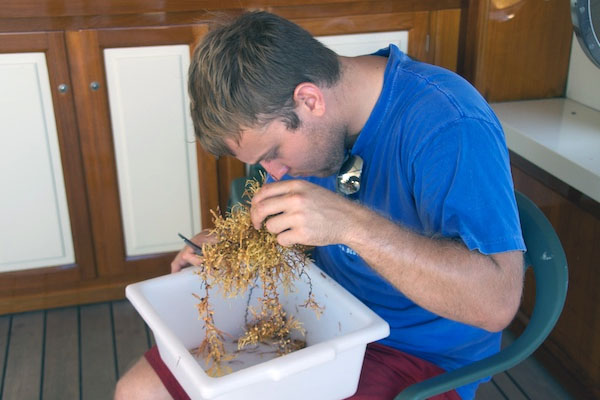 Back on the ship, the research team processed the buckets of Sargassum. Here, Jeff Peterson inspects a sample. Small shrimps, crabs, and other mobile animals were sorted and grouped into sample jars. 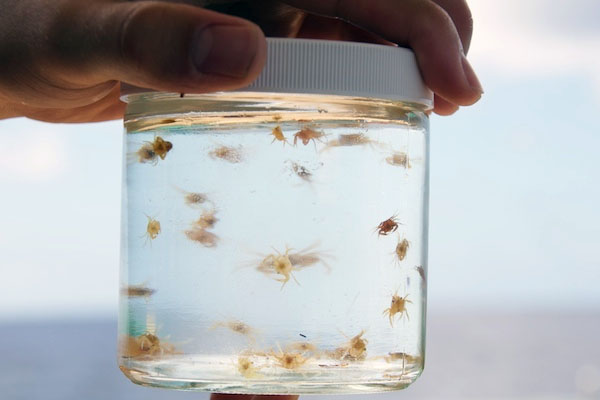 This jar shows the small crabs that were found on the seaweed. These individuals were much smaller than the crabs collected in February. Most were under one centimeter in size. Sampling will continue tomorrow at this station until the target volume of material has been collected and processed. 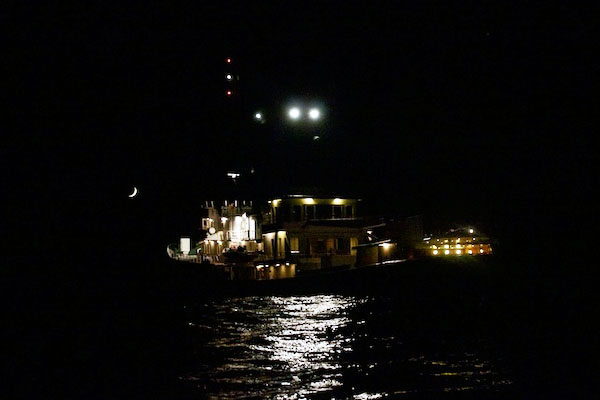 A waxing crescent moon shines on Lone Ranger as seen from the small tender boat at night.