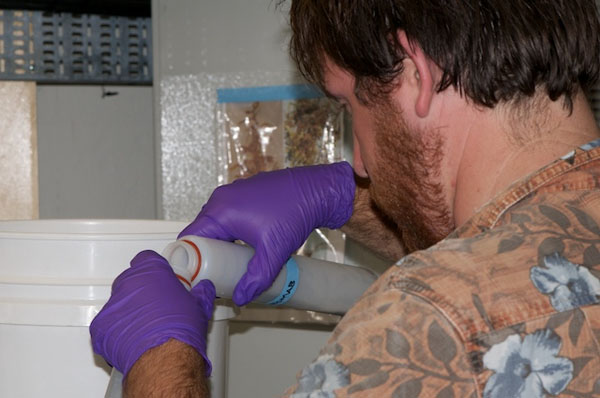 Jake Ellena prepares the sediment trap samples for the freezer where they will stay until shipment to California when we arrive at port. There were 36 collection bottles in total on the two sediment traps. 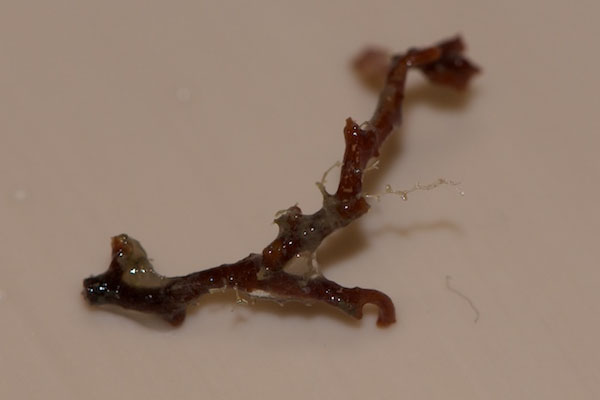 Several small pieces of Sargassum seaweed were seen in the sediment trap samples. 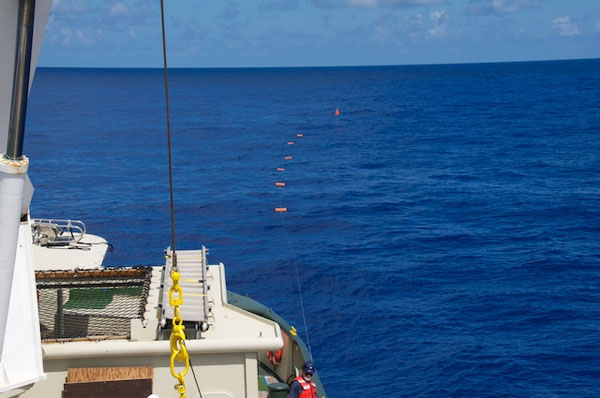 This long line of floats is the upper part of the deep-sea observatory. The floats drifted at the surface as the rest of the observatory was deployed from Lone Ranger. As the last part of the observatory—the camera tripod and anchor—sank into the water, it pulled down the sediment traps and floats to the seafloor 5,400 meters below. The flag of the mast assembly was the last piece to submerge at about 12 minutes after the camera tripod was released. 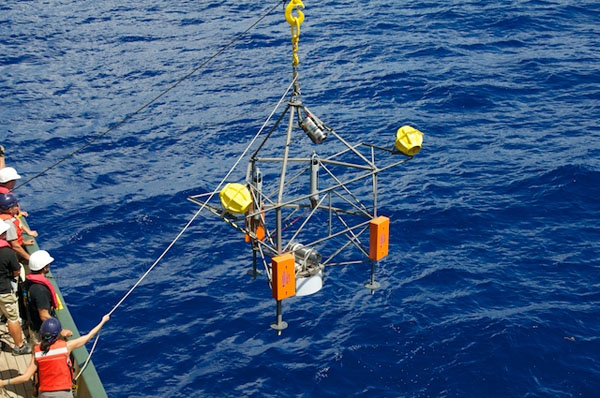 The time-lapse camera tripod is lifted over the railing of Lone Ranger and lowered into the ocean. The deep-sea observatory will rest on the seafloor for the next six months, collecting particle samples and recording images of the depths. 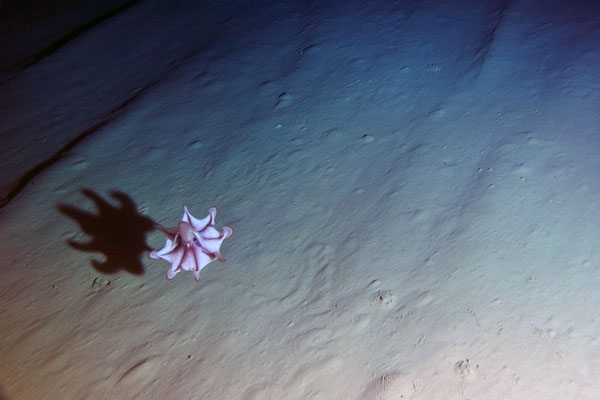 On an otherwise barren-looking seafloor, this cirrate octopus was photographed by the time-lapse camera system on the Sargasso Sea Observatory. This species has characteristic webbing between its arms and two flapping fins on its head. It floats just above the seafloor in the benthopelagic layer and preys on animals in the upper layers of sediment. © MBARI/SOI 2011 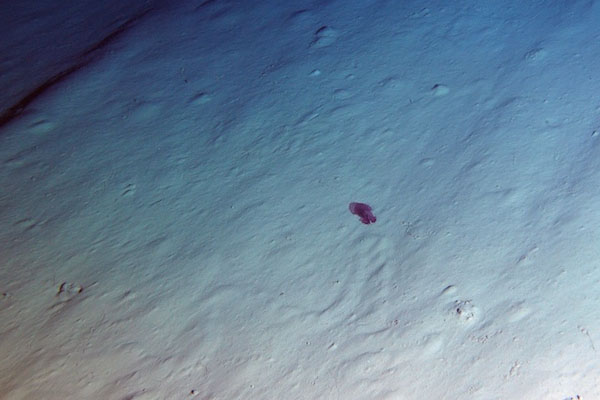 The swimming sea cucumber, Enypniastes, was also seen drifting by the observatory. © MBARI/SOI 2011