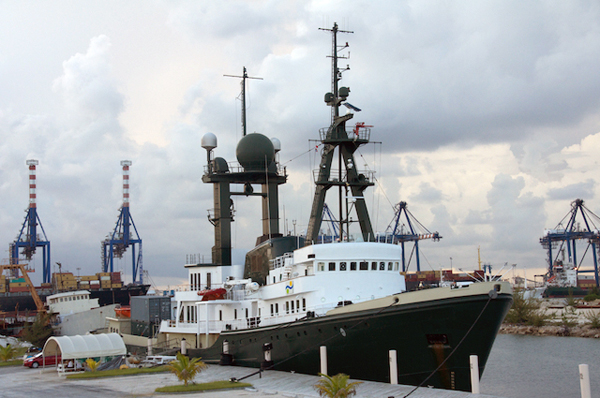 Schmidt Ocean Institute’s M/Y Lone Ranger alongside the dock in Freeport, Bahamas. The crew has been preparing the ship for the voyage. 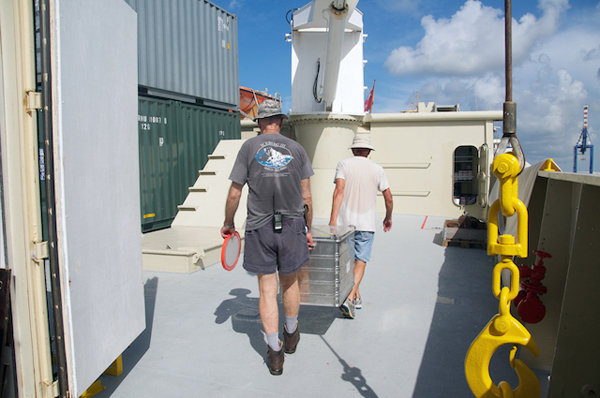 Chief scientist Ken Smith and engineer Fred Uhlman carry a box of equipment to the science lab. The main activities for the research team during the port stay are unloading equipment and preparing the working areas. The science areas of the ship are like an empty office space that has to be moved into. Sample jars and equipment get organized in the science lab; computers and printers are connected to the ship network; materials are checked and rechecked as this is the last opportunity to replace a broken or missing part. Everything also must be secured so that it doesn’t get damaged with the movement of the ship at sea. 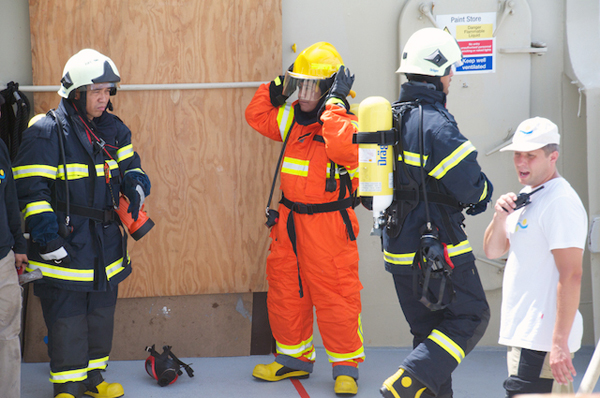 Safety drills are an important part of preparing for sea voyages. Here the ship’s crew practices fighting a fire with specialized equipment. The science team also practices the process of responding to general alarm and evacuation bells. Life vest, long sleeve shirt, long pants, and a hat are required for all personnel in the event of an emergency. 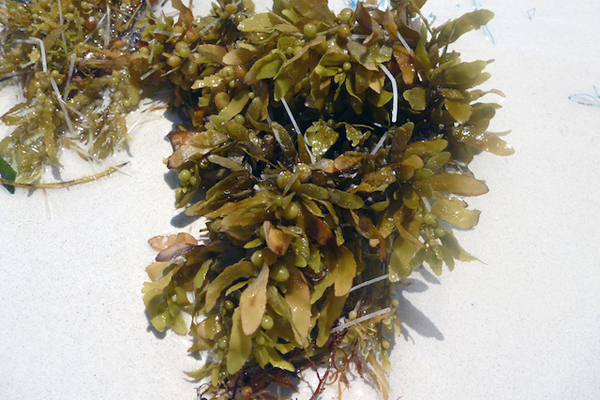 Pieces of Sargassum seaweed can be found on the beaches around Grand Bahama. Researchers will be collecting samples of this seaweed at four locations at sea between the Bahamas and Bermuda. 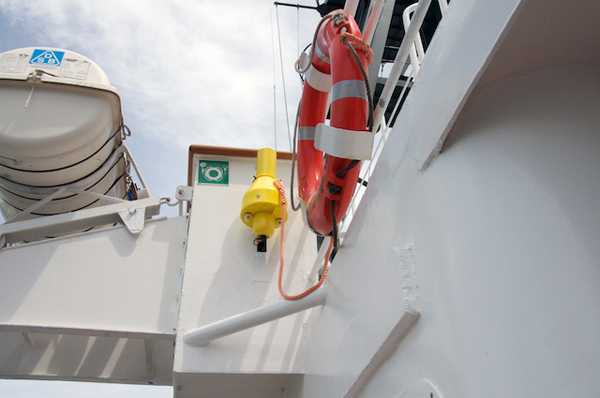 As part of the safety orientation, the captain shows the science team the location of safety gear around the ship. Here is a life ring that would be thrown into the ocean if a person were to fall overboard. These buoys provide flotation and also help visually mark the location so that the person can be rescued.