We continued sailing toward Grand Bahama Island during the day. Most of our activities were focused on packing up samples and gear and preparing for port. As we got closer to the island, the ship’s alarm bell sounded and we gathered at our muster station in the salon. At first it seemed like a drill but then Captain Bernd told us on the radio that we were responding to an emergency call in the area. He had received reports that the emergency beacon of a small sailing vessel had been signaling in the area and that there might be people in the water to be rescued. 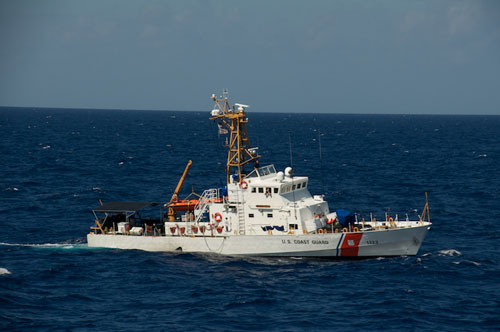 The captain launched the rescue boat and the scientists and crew spread out on the deck to look for people in the water. The wind had kicked up choppy waves on the sea surface that made it difficult to see anything. It was a sobering reminder of how big the ocean is. We scanned the area for more than an hour, communicating via radio to the rescue boat. A U.S. Coast Guard ship joined the search as well as a Bahamian tug boat. 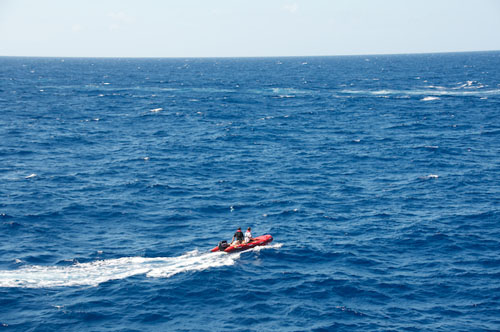 Thiago Da Silva and Juuso Ikonen search the water for injured people in response to an emergency call.

We then received word to call off the search as it appeared that the emergency call may have been a false alarm. We took a deep breath and returned to normal duties, but continued to talk about the tragedy of being lost at sea. 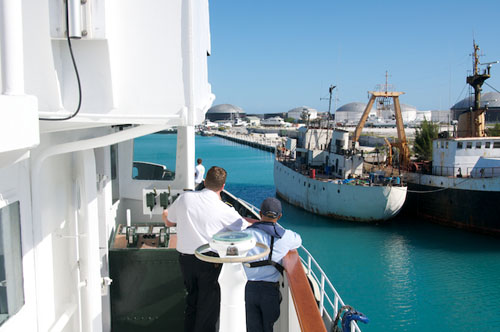 By late afternoon we were alongside at dock in Freeport, ready to readjust to being back on land.