We have more than 400 kilometers (215 nautical miles) to sail to Freeport, Grand Bahama where the expedition will end. The science team has been meeting to discuss preliminary findings from the expedition and planning for the work to be done back on shore.

Much was accomplished over the past three weeks, despite the challenges of rough weather and limited Sargassum aggregations. We had an enthusiastic and committed crew that enabled the scientists to collect samples and to deploy and recover novel instruments for studying the Sargasso Sea. 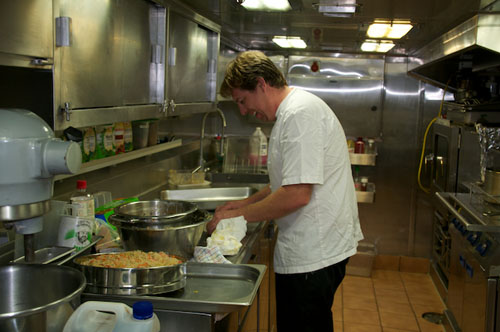 Overall, four stations from Bermuda to the Bahamas were sampled to characterize the abundance and diversity of animal life that lives attached to and associated with theSargassum seaweed. These samples will be examined back in the laboratory to answer questions about changes in the Sargassum community structure over the past 30 years. Other samples from the stations will be analyzed with genetic techniques to uncover the relationship between animals in the Sargasso Sea. 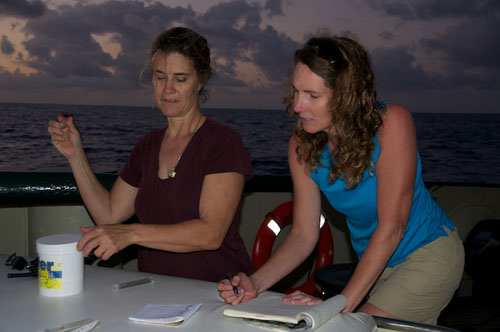 Connecting food webs in surface waters to the deep sea, the baited camera system recorded the first-ever images of deep-sea scavengers in the Sargasso Sea. The resulting images showed animals that are similar to ones that Jeff Drazen and John Yeh have studied in the Pacific Ocean but different than other areas of the North Atlantic. They’ll examine animal size and abundance in more depth when they return to the lab. 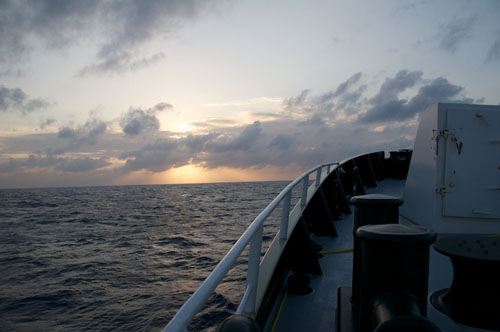 Drazen and Yeh also did the first direct experiments using Sargassum as bait in the deep-sea. Although they initially had doubts that Sargassum could attract animals in the short, 30-40 hour observation time, the camera images revealed that deep-sea animals can detect the seaweed within roughly the same time as the fish bait. The camera system also captured some unexpected images, such as large isopods carrying pieces of Sargassum away from the baited anchor.

Another successful part of the expedition was the deployment of the Sargasso Deep-Sea Observatory. The time-lapse images and samples that the observatory will collect for the next six months will be an important comparison to data from a similar observatory in the Pacific Ocean.