Today we collected more Sargassum samples for this final location, Station 6. A large, three-meter swell rolled under the boat and could be seen far away as bumps on the normally straight horizon. The energy that created these swells came from weekend storms far away off the northeast United States.

The fragments of Sargassum here seemed even more dispersed today. It was difficult to find aggregations for collection but eventually we had some buckets of seaweed to process. Not only were the Sargassum patches different in size but also in composition. Species that were abundant in the northern sampling sites were reduced or nearly absent here. Other species that we hadn’t seen at all, like the Sargassum fish, we found. Back on land the scientists will analyze the datasheets that they’ve been compiling at each station. But for now we’ve made some general observations that have sparked interesting conversation.

When the expedition began off Bermuda, Kathleen Sullivan Sealey and Judit Pungor established a target species list for genetic studies from the eight most abundant species that we found in our first collections. This list included five species of shrimps and crabs, a barnacle, snail, and nudibranch. The goal at every sampling station has been to collect enough individuals of these species for genetic analysis. 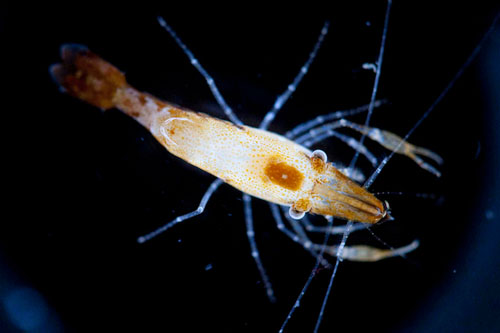 This shirmp species is also on the target list for genetic studies due to its abundance in early samples. 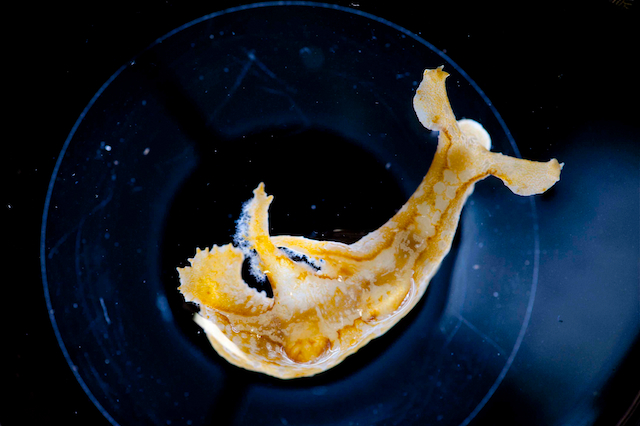 Nudibranchs like this one have been scarce in samples from Station 6. 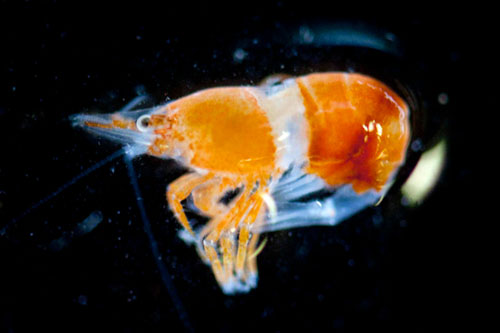 This “bumble bee” shrimp is one of the targeted species for genetic analysis. 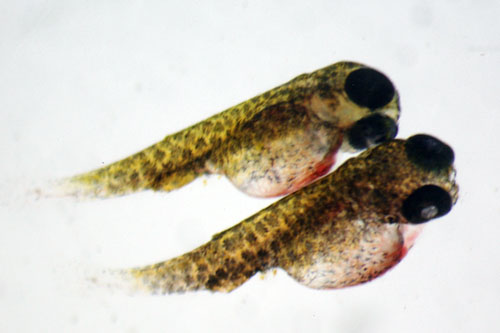 But as we’ve moved nearly 1000 kilometers south, some of these species have decreased in abundance to the point that our sampling for them may be incomplete. Here at Station 6, we’ve seen nearly no nudibranchs, snails, or amphipods; even the once-abundant crabs are few and far between. Conversely we’ve seen more fish and fish eggs. Even the Sargassum itself looks different. Perhaps it is at a different stage of its growing cycle?

What are some possible reasons for species changes that we are observing? The most likely driving factor is correlated to changes in sea surface temperature. In Bermuda the surface water hovered at 18°C (64 °F); here at Station 6 it is nearly 25°C (77°F). Traveling south we are moving into more spring-like conditions and we may be catching species at different stages in their life cycle. The transition from winter to spring signals reproduction for many marine species. We’ve seen evidence of this seasonal shift in the fish eggs that have been collected. In samples from the northern stations, the fish embryos were still in the early stages of development while here in the south, they were already hatching.