At last, we finished preparations for setting sail. Before we left the dock, the scientists and crew gathered for a “science at sea” lecture about the flora and fauna in Sargassum seaweed. Judit presented the species list with pictures and information so that everyone onboard could become familiar with the science.

By mid-morning we were leaving Bermuda and transiting to the first science station. The weather conditions had deteriorated significantly. Even in the protected harbor, the winds were gusting past the ship. As Lone Ranger moved into the open ocean, waves crashed on deck and winds howled past, reaching speeds of 50 knots (57 mph). It became obvious that the weather would be too rough for sampling today so everyone focused on getting their sea legs, adjusting to the rock and roll of the ship at sea. 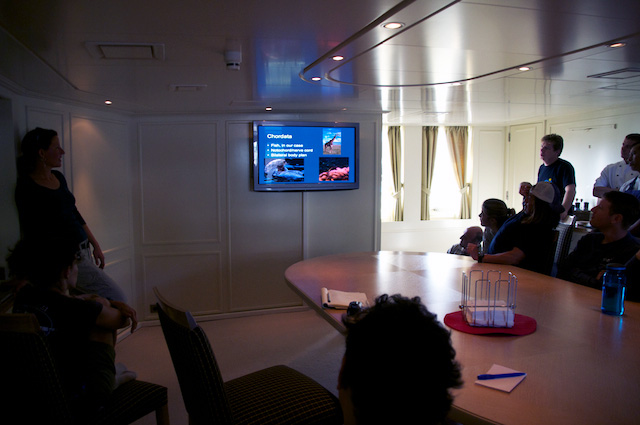 The science at sea lecture series began with an overview of the plant and animal life that we predict we’ll see in the Sargassum seaweed. 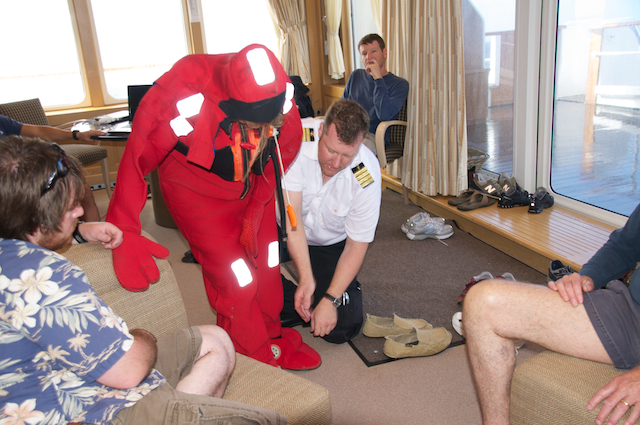 Captain Bernd helps Kathleen demonstrate the safety immersion suit that must be worn in an emergency evacuation. 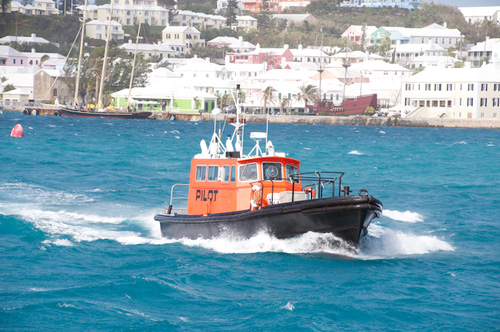 A pilotboat, highly visible with its bright orange paint, followed the Lone Ranger out of the harbor into rough seas. 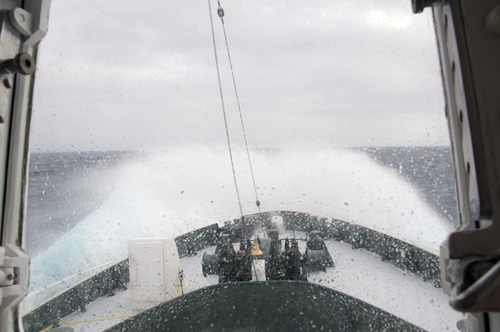 Lone Ranger pushes through rough seas as it leaves Bermuda for the Sargasso Sea.