Various factors have delayed our departure for a couple of days. Fortunately, even while at port there’s always interesting wildlife to watch around the hull of a ship, from schooling fish to swimming crabs. Tonight with some quick thinking and good luck, deckhand Kyrylo captured a two-foot-long octopus with a net as it swam past the boat. Judit, who studies octopus vision systems, and Jake were the octopus wranglers while everyone took turns admiring it up close. The tentacled arms were smooth and surprisingly strong. After watching it for a short while, we returned the octopus back to the ocean. 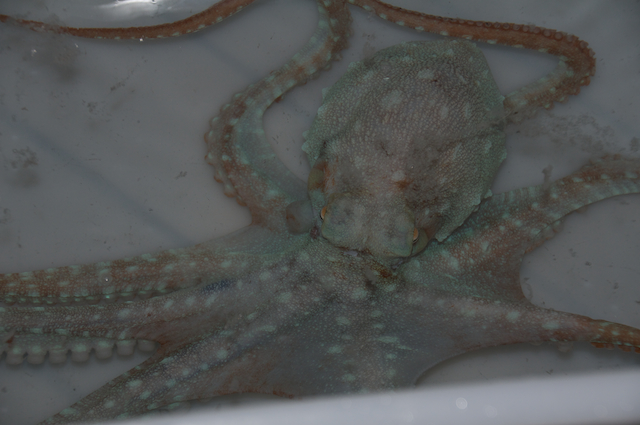 This octopus was caught by a dip net from Lone Ranger when it swam close to the ship in the evening. 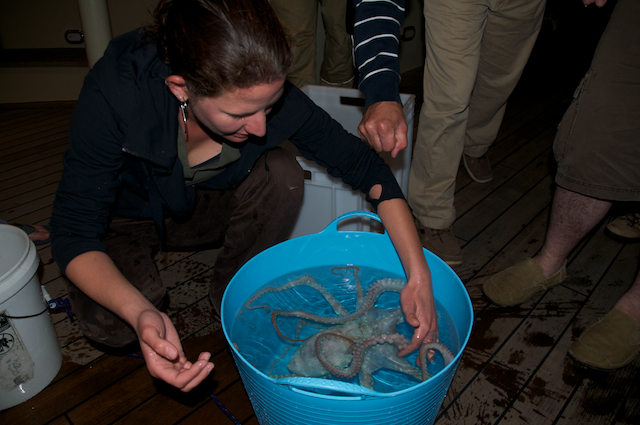 Judit Pungor keeps the octopus contained before releasing it back into the ocean. 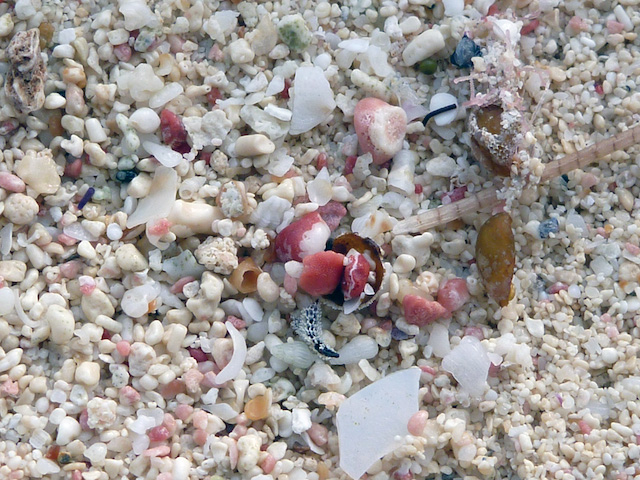 The sandy beaches in Bermuda are made up of carbonate fragments from living marine organisms (clams, snails and corals) and broken up pieces of coralline algae. The vivid pink piecesv come from single-celled marine animals called foraminifera that live on the seafloor. 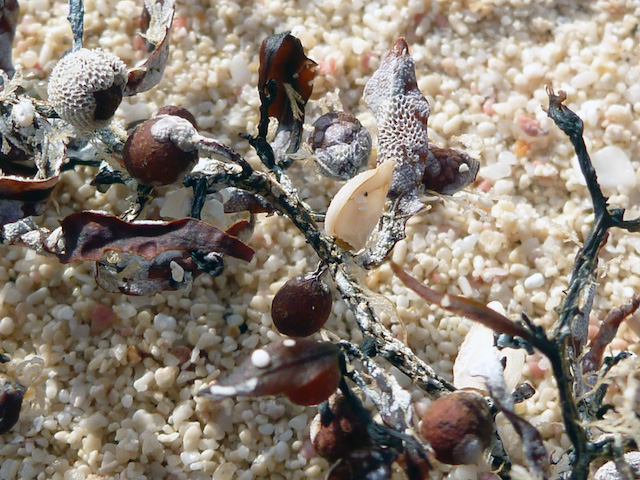 A piece of Sargassum seaweed that has small barnacles and bryozoans encrusted on it. These are some of the organisms that live attached to Sargassum in the open ocean.