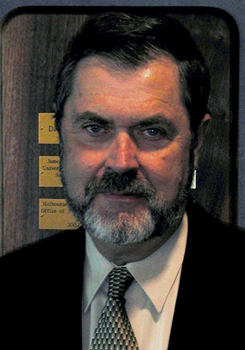 The close coupling among sonars, acoustics, and oceanography, or the reverse, is now well recognized by both the Navy and oceanographers, but this has not always been so. The first patent for “sonic detection” of icebergs was filled by Richardson in June 1912, two months after the sinking of the Titanic. Langevin claimed the first sonar detection of a submarine in 1918. Leaping forward to World War II, sonar research by Ewing and Brekhovskikh led Sound Fixing and Ranging (SOFAR) duct discovery and the impact of the oceanography for passive Anti-Submarine Warfare (ASW). Similarly, Hess, while using active sonar for ASW and ship navigation, recognized the potential of sonars for systematic bathymetric mapping of the deep ocean. The Office of Naval Research (ONR) recognized early importance of oceanography for acoustics and sonar performance. Some now label this the forward, or predictive, problem of sonar. Soon, the process reversed when geophysicists applied sonar for the inverse problem, extracting oceanographic information using a sonar system. Leaping forward now one-half century, we find that the three fields are intimately connected. The signal processing embedded in high performance sonars requires accurate acoustic models which in turn depend upon oceanographic models and data. In reverse, much of what we have discovered about the oceans has been obtained by an evolution of increasingly sophisticated sonars and their associated signal processing. Here, we present a vignette of the shared evolutions and overlaps of these three fields.