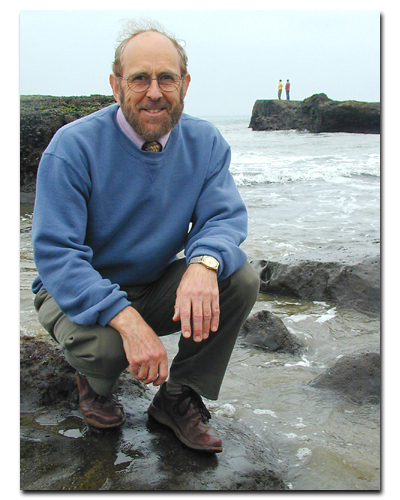 Episodes of methane hydrate instability in the oceans have induced rapid climatic warmings in the past through greenhouse forcing by atmospheric methane (CH4). We suggest that the last 800,000 years of the Quaternary was a time of major, but episodic instability of the gas hydrate reservoir. Critical ice sheet expansion and instability created significant changes in sea level and bottom water temperatures on the upper continental slope—the zone of potential gas hydrate instability. Episodic instability in the gas hydrate reservoir contributed significantly to the distinctive behavior of late Quaternary climatic change on orbital (Milankovitch) and millennial time scales. Upper intermediate water oscillations produced fluctuating temperature and episodic hydrate reservoir dissociation. Methane releases into the atmosphere triggered warmings that were significantly reinforced by other greenhouse gases, especially water vapor, thus contributing to the large magnitude of late Quaternary climate change. This hypothesis may explain the rapid warmings and sawtooth pattern of the late Quaternary exhibited in the 100,000-year cycle, Bond cycles and individual Dansgaard-Oeschger (D-O) interstadials.
Substantial geological evidence suggests that the source of the rapid CH4 increases at glacial terminations and at the onset of D-O events in ice cores must have been from gas hydrates rather than continental wetlands. The major present day continental wetland systems did not form until well within the Holocene and therefore could not have contributed to the rapid methane increases that mark terminations during the late Quaternary.
Supporting evidence for this (clathrate gun hypothesis) includes: Extensive upper continental slope instability of the right timing to reflect clathrate dissociation; isotopic (C13) evidence for episodic CH4 release from gas hydrates during interstadials; intimate association between changes in CH4 and climate in ice cores; conspicuous overshoots in CH4 and climate warmings at some glacial terminations and at the onset of D-O events; and bottom water temperature oscillations associated with D-O cycles and glacial terminations on the continental margins.
This hypothesis, if correct, has major implications relative to mechanisms and timing of mass sediment transport on continental margins and in abyssal basins, the evolution of certain ocean floor features and topography, and the Quaternary history of atmospheric chemistry. Foremost however are implications relative to explaining a number of enigmatic problems of Quaternary climate behavior including triggering of rapid warming episodes.